The Android space this year is all about what new devices will come out to play sporting Android Ice Cream Sandwich, and of course which devices will see an update to ICS, and most new ISC smartphone we often know something about, however on occasion a mysterious smartphone pops up and we have one from the HTC camp today.

The mysterious HTC smartphone has been found by the guys over at Phone Arena, who managed to get quite a few pictures of this thus far unseen HTC device that currently has no name but apparently does run Android Ice Cream Sandwich.

The guys do have some juicy specs to share though, such as an 8 megapixel rear facing camera, VGA front facing camera, 1GB of RAM, a Snapdragon 1.2GHz dual core processor, and according to their tipster the device will sport an AMOLED display rather than an S-LCD display.

Apparently the smartphone will be one of the HTC devices that wont come with on-screen navigation buttons, but will opt for four hardware buttons instead, of course runs Android 4.0 OS with HTC Sense 4.0 UI.

So there it is, no word on the moniker for this mysterious HTC smartphone or when it will surface in the public space or who with, but as soon as we know more we will of course pass it along. What do our readers think of this smartphone, do you find it attractive or have any idea what the handset will be called? 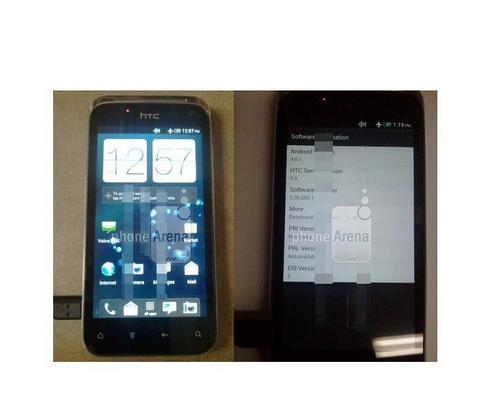