So, the new Acer CloudMobile smartphone is going to be unveiled at the MWC 2012 event at the end of this month, but we have to look at the fierce competition it will be up against this year.

Pocket-lint has heard from Acer reporting that the new Acer CloudMobile phone has been gifted with the iF design award 2012, this is in recognition of outstanding achievement in design, that being said it is all about release and capturing the hearts of the buyer.

This new handset will be unveiled and launched at MWC 2012 in Barcelona, with an expected Q3, 2012 release, so around September then we guess.

There is limited information on the specs front, but apparently it will come with a 4.3-inch HD display, Android Ice Cream Sandwich 4.0, less than 10mm thick, as well as Dolby sound. It will offer AcerCloud technology, which is great for document management”.

Can the Acer CloudMobile Android phone go up against the likes of the HTC Endeavour and the Samsung Galaxy S3 also releasing this year? When you look at the speculated specs of the Endeavour coming in with a 4.7-inch 720P screen, 8-megapixel and 1.3MP cameras, 1GB RAM, Android Ice Cream Sandwich, Bluetooth 4.0, WiFi 802.11 a/b/g/n, Tegra 3 1.5GHz Quad Core processor from NVIDIA, Sense 4.0 and quad band HSPA+ radio, this seems like it will be a very good mobile phone. 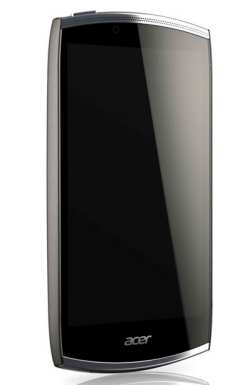 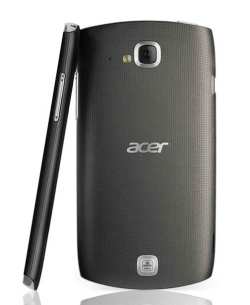 One thought on “Acer CloudMobile Android phone has fierce 2012 competition”