HTC One X enchants but gripes about AT&T

The HTC One X, formerly dubbed the Endeavor, has at last been officially announced and this upcoming Android smartphone seems to have a lot of people gripped. The new flagship for AT&T enchants in a hands-on experience but there appear to be gripes about the fact that AT&T will to carry this phone in the U.S.

As a brief recap one of of the big selling points of the HTC One X is that it will have an NVIDIA 1.5GHz Tegra 3 processor. However it now seems that the US version has the Qualcomm S4 processor, which is dual core not quad-core. This could disappoint a few potential US customers although it’s still a very decent processor. Other specs and features include a 4.7-inch HD touchscreen, 8-megapixel rear camera with 1080p video recording, 1.3-megapixel front-facer, 1GB of RAM and 32GB of internal storage, all running on Android 4.0 ICS.

The fortunate team at Gizmodo has managed to get their hands-on the HTC One X, currently being shown off at MWC in Barcelona and to say they were impressed is an understatement. There was rampant enthusiasm for the display, the viewing angles and the fact that it was still great in bright sunlight. The build was described as solid although light with a nice curve to the rear that helps it sit comfortably in the hand. There was also praise for the camera although this was a short look and thorough testing will come later and the addition of built-in HTC Beats Audio was another plus point.

The Ice Cream Sandwich OS is layered with HTC Sense 4.0 and in some senses was felt to be even better than pure ICS. Gizmodo say they were told the HTC One X will be released within 60 days in black or white color options and although there’s no price available yet it’s expected to be around the $200 to $300 mark.

Gizmodo sounded enthralled with the HTC One X and concluded its hands on by saying, “I don’t want to get my (or your) hopes up, but my first impression: this is what I wanted the Galaxy Nexus to be. It’s a really exciting piece of hardware.” Now we don’t know about you but that’s certainly enough to get our juices flowing and it seems that many others were just as excited, that is until they learned the handset is exclusive to AT&T in the U.S.

Comments on the Gizmodo article show how disappointing this news is to many potential customers with many people decrying AT&T as the only carrier. Some say they would have stopped reading if they had realized straight away that it was only on AT&T while another damns Verizon and the fact that it previously failed to carry the Galaxy S2 as well. There are further complaints about AT&T service and only the odd comment to say they’re happy on AT&T but overall the consensus seems to be that the HTC One X AT&T exclusive is a real letdown.

It all reminds us of the recent story about a petition to Verizon asking the Big Red to carry the Samsung Galaxy Note, which has now signed by hundreds of disgruntled customers. The Galaxy Note is also available on AT&T only. It would be interesting though to hear what our readers have to say on this. Are you also excited about the HTC One X and hoping to purchase it? As for it only being available on AT&T how do you feel about that? Let us know by sending us your comments as this looks like a topic that could run and run. 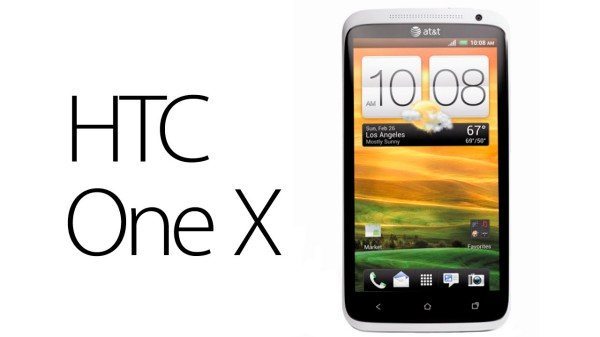