Lumigon, a leading Scandinavian producer of electronic goods, has announced a new smartphone called the T2 today. This new Android phone with Bang & Olufsen audio will release in regions of Europe and Asia within the first six months of this year.

T2 is a high-end smartphone that also looks sleek and stylish in a way that should appeal to a lot of consumers. It’s constructed from stainless steel and glass with a simplistic design making it appear elegantly simple. On top of that Lumigon has included a 3.8-inch ultra-sharp high resolution screen featuring Gorilla Glass, a 1.4GHz Qualcomm Snapdragon processor, 8-megapixel rear camera, NFC, Bluetooth and Wi-Fi and it runs on the latest Android OS, Android 4.0 Ice Cream Sandwich.

A really clever feature of T2 is that is can also be used as a universal remote control using an infrared remote control built in to the top of T2 and integrated learn function. Lumigon’s Lars Gravesen explains, “All it takes is pointing an infrared remote control to the top of T2, pressing the desired command, and it will be recorded into the memory of the smartphone. Then you have an easy end convenient access to operate your TV or music center. T2 is even able to recognize your gestures. This means that you can for instance navigate menus on a screen by the wave of your hand.”

An activity button above the screen can also be programmed to perform various functions even when the handset is locked. A short press could call a friend for instance while a long press could turn on the flashlight. Dimensions of T2 are 116mm x 58mm x 9.9mm. You can find out much more about the Lumigon T2 at the product page here.

We have to say we very much like the looks of the Lumigon T2 and having this handset would certainly make people want to take a look, as it’s so sophisticated. Are you won over by the Lumigon T2? 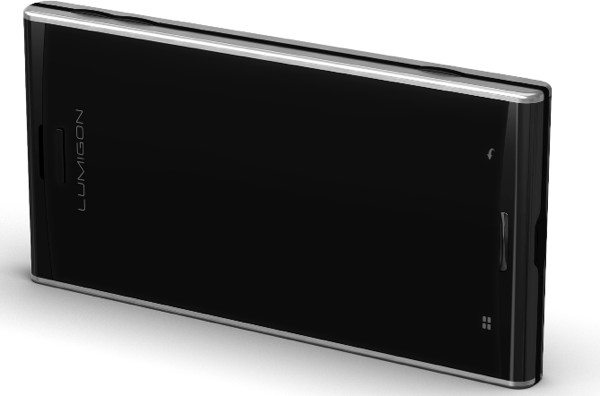