As you know most of the iOS faithful out there with an iPhone 4S will claim that the Siri voice assistant is the best thing since sliced bread, however when it comes to comparing Siri on the iPhone 4S against Google Voice Actions on the Motorola Photon 4G, perhaps Siri isn’t all its cracked up to be, and thus we have a little comparison footage for your viewing consideration below.

The comparison video pits Google Voice Commands on the Motorola Photon 4G against Siri on the iPhone 4S, comes our way courtesy of the Motorola TV YouTube page and delivers a one and a half minute comparison between the two voice operated systems.

In the footage the first speed test between the iOS smartphone and the Android Photon 4G is shooting off a simple text, this is then followed by a navigation test, and then followed by doing a note to self, and lastly browsing to Motorola.com.

In all of these simple voice command test it appears that the Motorola Photon 4G beats the iPhone 4S Siri voice assistant hands down, albeit that note to self test being somewhat of a close call.

So basically which performs better, Google Voice Actions on the Photon 4G or Siri on the iPhone 4S, I’ll let you head on down to hit that play button and check the video out for yourself so you can make up your own mind…enjoy. 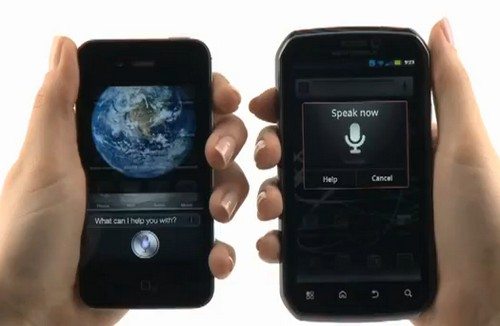