So the latest bit of tech to come out of the Nokia camp is of course that camera beast the Nokia 808 PureView smartphone, a Nokia Belle device packing its whopping 41 megapixel camera and due to hit European shelves sometime in March, and if you are of a mind to pick up the Nokia 808 PureView you might want an accessory or two, so we have a couple for your consideration below.

The Nokia Hard Cover CC-3046 case has a tough outer shell with a shock absorbent lining along with a dedicated lens protector whilst giving access to all connectors and buttons and comes in black or red.

Next we have the Nokia HH-23 Tripod Mount, which although the My Nokia Blog guys say is for the Nokia 808 PureView is actually compatible with most Nokia phones, and the new Nokia Windows Phone handsets.

Anyway the Nokia HH-23 Tripod Mount is a compact adjustable mount that enables the user to attach their smartphone to a standard tripod so you can capture steady photos and videos, as one would expect from a tripod mount.

No word on just how much these Nokia 808 PureView accessories will set you back at the moment though, but at least if you are thinking about picking up the smartphone you now have a couple of accessories to think about. 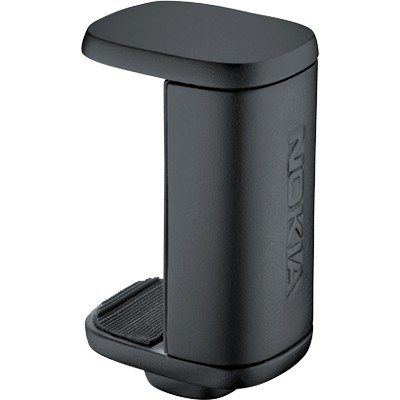