The Samsung Galaxy Tab 7.7-inch tablet seems to have been a long time coming and is finally set to join the already busy tablet market very soon. We now know that the release date on Verizon is March 1 and we also have details of expected pricing. However we’re wondering if this tablet is overpriced and would like to know what our readers think.

The Galaxy Tab 7.7 has plenty of decent specs and features to recommend it, such as a 1.4Ghz dual-core processor, 7.7-inch Super AMOLED Plus display, 4G LTE connectivity, 3-megapixel rear camera and 2-megapixel front-facer and 16GB of onboard storage expandable with SD card slot. As well as this it’s the slimmest tablet with LTE so far and weighs 340g. It will launch on Android 2.3 Gingerbread and is likely to get the 4.0 ICS update at some point.

As we’ve already said, we now know that the Big Red is to launch the Galaxy Tab 7.7 on March 1 and the price is expected to be $499 with the usual contract or $699 contract-free. However, $500 seems a lot to pay for a 7.7-inch tablet considering the iPad 2 with a 9.7-inch display also starts at $499. The current iPad doesn’t have LTE connectivity but it’s worth noting that the iPad 3 is expected next month and it could feature on the new tablet. Droid-Life points out though that while that price may put some people off, they were impressed with the device when they had a chance to handle it noting its impressive screen, power and how slim it was.

An interesting article on Android Community notes that although the 7.7-inch Galaxy Tab is worth more of your money than a standard 7-inch tablet, pointing to the beautiful display, LTE support and other decent specs, it’s simply not worth $500, especially considering a contract where the user is also locked in to paying data charges. Pointing to the long delay between the announcement of the Galaxy Tab 7.7 4G LTE tablet and its eventual release we admit we had to chuckle at the line, “Rumors that it comes with a free e-book entitled “How to Completely Botch a Product Launch” are unconfirmed.”

If you want to see more of the Galaxy Tab 7.7 then you can view a video below this story. What are your thoughts on the Galaxy Tab 7.7 on Verizon? If these prices are correct are you already getting ready to head out and purchase it regardless? Maybe you would have been interested but feel the price of this tablet will be its Achilles heel? 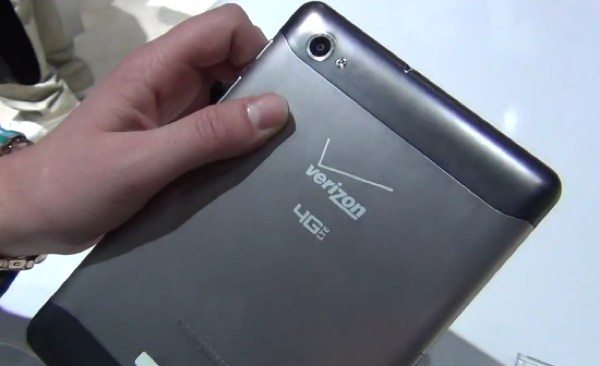