If you’re a fan of Temple Run and are one of the many people waiting eagerly for the Android version you may be becoming increasingly frustrated as the expected February release has not appeared. The Temple Run release saga just seems to run and run, although the game is in beta testing and so should be close to arrival on the Android platform.

Recently some avid waiters of this game were duped by a fake app that instead of enabling people to play the game, placed shortcuts on their home screens and installed a countdown. Further to this the Temple Run developers have warned that this was a scam but it seems that many disappointed people were caught out. Plenty of people waiting for Temple Run on Android are now becoming increasingly outspoken about the wait and the developers have now made a statement on the Temple Run Facebook page, imploring people to remain patient.

The gist of the statement acknowledges just how many people are waiting and how they had hoped the game would be available in February but was taking longer. It mentions the beta testing and says that a release date is anticipated soon but they (understandably) want to make sure it’s completely right before a launch. The statement goes on to say that a further message will appear on the Facebook page (here) when it’s due to arrive and that at least one week’s notice will be given. It also warns about the scam apps and urges gamers not to download these Apps. It concludes with the words, “You will be the first to know the real release date. Thanks for your patience and we’re excited to get things finished up soon!”

It seems then that Temple Run for Android will be with us soon although we know that many of you will say you’ve heard this before. We have heard of a plus point though as according to InEntertainment the Temple Run Android version will feature voice control. With regards to the further delays in the game though, we reckon that at least the developers are trying to keep people informed and that it does make sense to make sure the game is 100% ready to go before releasing it. However we can also understand the impatience this situation is causing, as is evident from the many comments on the Temple Run Facebook page.

We’d like to get an idea of the general consensus of opinion about the delays to Temple Run on Android? How to you feel about the waiting game and is your patience wearing thin now? We’re really interested to hear from our readers on this so let us have all your comments. 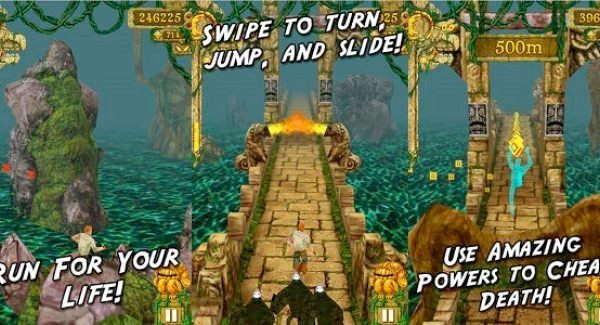