When Apple’s new iPad was finally announced last week we already knew that it would be a big hit. Now we have news that pre-orders for delivery on release day, March 16, have already sold out and this has led us to wonder if many customers simply feel brainwashed into buying the new tablet and whether this has prompted the sell-out.

If you delayed pre-ordering the new iPad you’ll find that if you try to do so now with Apple online the shipping date is already put back to March 19 as the earliest possible date you’ll receive it. It’s the same story for whichever model you wanted so there’s no point trying to order your second choice instead. Apple has issued a statement saying that quantities available for pre-order have now sold out, although you can still place online orders for a later date.

Apple has also said that some of the new iPads will definitely be in stores on March 16, but of course there’s no way of telling how many will be available at each store on release day. Also this article tells of unconfirmed reports saying that worldwide shipments could be delayed by anything up to 3 weeks. If you haven’t already pre-ordered then, the only chance you still have of getting a new iPad on launch day is to head down to your nearest Apple retail store or reseller and join what will inevitably be a huge line in the hope that you might get lucky.

The news that the latest iPad is another instant success has now led to the usual debates about whether consumers are simply brainwashed by the Apple name or whether it’s a measure of just how good the products really are. Although our title may seem harsh and we don’t necessarily agree that most customers are brainwashed, it is a reflection of what is being widely said on social networking sites and the like. For example we’ve received emails and also comments on our Phones Review Facebook page and other social networking areas to this effect and of course it has also started off the inevitable Android vs. Apple debate.

We’ve been pretty impressed by the specs and features of the new iPad since its release and there will be plenty of people with the opinion that the sellout of the new iPad is merely because it is a very notable device. However there will also be many people who will always feel that any Apple product success is simply down to the branding. While it’s true that Apple seems to be on a phenomenal roll at the moment we doubt the success of the company is all down to its fan-base alone. Surely at some point the actual product that is being produced has to come into the equation?

We’d like to hear your views on this. Do you think the average consumer purchasing the new iPad is doing so in a sheep-like way, following the flock? Maybe you completely disagree with this and feel the new iPad sellout is simply down to the product alone and nothing else? Do send us your comments using the box below. 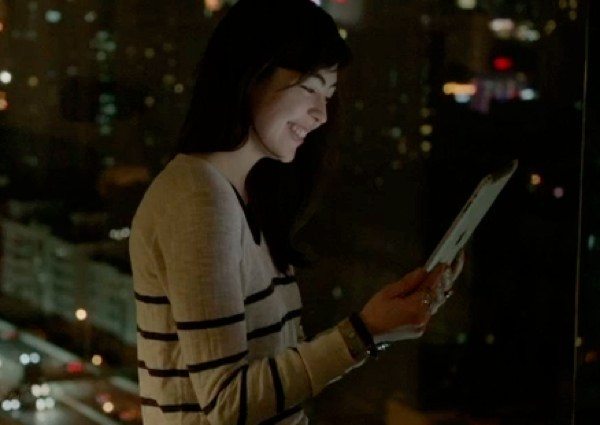