Apple 8am opening for new iPad release on Friday

If you’ve been bowled over by Apple’s new iPad, due for release on Friday March 16, then you may already be considering heading down to an Apple retail store on Friday in the hope of purchasing the new tablet. We have news today that Apple retail stores will be opening at 8am for the rush and we feel it highly likely that this time is accurate.

A couple of days ago we told how Apple pre-orders for that all-important release day delivery were already sold out (although you can still pre-order for a later date). This means that if you haven’t already ordered one your only hope of getting the new iPad on release day is to check out Apple retail stores or resellers. Apple previously stated that it will have stock of the new iPad for release day in stores but of course there is no way of knowing just how many will be available at each store and lines are likely to be very long.

News of the 8am opening comes from 9to5Mac who tell us that a retail source supplied them with some artwork for the new iPad release that is being supplied for store frontages. This artwork clearly shows the time of 8am meaning the stores are kicking off early to cope with those eager buyers standing in line. Previously 9to5Mac had reported that a new Apple store was opening in Houston on the new iPad launch day and that time of opening was also 8am. Although this opening time has not yet been confirmed by Apple it certainly seems highly probable then.

Additional news about the opening on iPad release day tells how there is overnight work on Thursday in Apple stores and as many employees as possible working on Friday morning, which you’d expect anyway with a huge product launch. Employees working outside normal hours will apparently receive a 10% wage increase.

We have to say that year after year we see these phenomenal lines for major Apple product launches and considering that pre-orders were available from the announcement it’s pretty amazing that so many choose to go through the line ritual instead. We feel that for many though, this is part of the excitement of launch day and hope that if you’re planning to be in line you manage to get your hands on the ultimate prize.

We’d like to hear if you have plans to be in line for the new iPad launch on Friday morning? Maybe you actually enjoy the habitual lines and feel it’s all part of the fun? Perhaps you hate queuing but as you haven’t managed to pre-order in time you’ll be in line anyway? 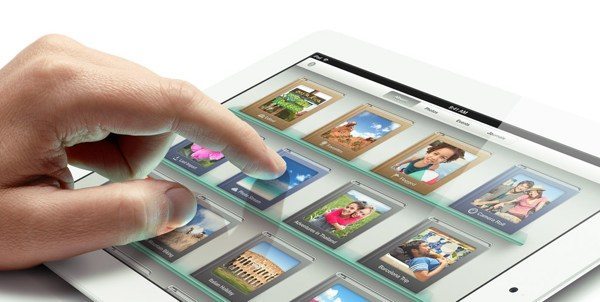