As I am sure you are aware, the latest flagship smartphone from the Sony camp is of course the Sony Xperia S, a smartphone that has become quite a popular device, and although the company wasn’t able to get support for PlayStation on the Xperia S by its launch, Sony has now apparently managed to do so.

According to the guys over at Phone Arena by way of Android Central, up until now people that own the Sony Xperia S have had to put up with a placeholder link rather than the real PlayStation store, but as of Tuesday any Xperia S owner clicking on the app where shot off to a web page where they can download the PlayStation Storefront and PS Pocket app to their smartphone.

Apparently thought don’t expect too many apps as there are about 12 games available at the moment, some of which are just for the Sony Ericsson Xperia Play handset, and if you would like to access the Sony gaming catalogue you need to open a Sony Entertainment Network or PlayStation Network account if you don’t already possess one.

So there you have it, albeit not many certified PlayStation games available you can now access the PlayStation Store via your Sony Xperia S. 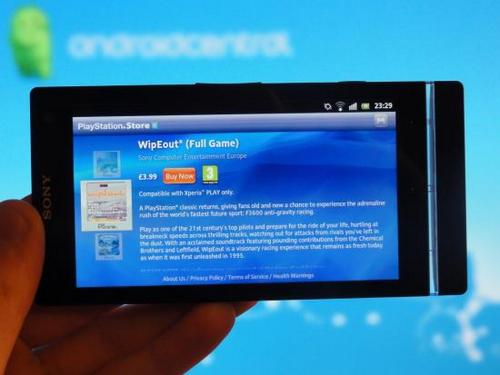