Many of us who feel our iPhones are passcode-protected may be a little perturbed at the news today that in fact it can be very easy to break into an iPhone or Android device that we think is well safeguarded. The company involved in proving this has now released a video showing just how simple it can be.

A Swedish security firm called Micro Systemation is globally involved with helping police and military access digital security systems and the video demonstrates them managing to access the contents of an iPhone in less than two minutes. A company spokesman reveals on the video that in a short space of time content such as call history, contacts, GPS location and messages are all available for the passcode cracker to see. You can view the video showing this below our story.

The passcode cracking was possible through an XRY application and this news came to us from Cnet, sourced from Forbes who talked to Micro Systemation and found that the XRY software involved, works in a similar way to a jailbreak. The clever part is that rather than seeking manufacturer susceptibilities the software works to guess all the possible combinations of numbers that form the passcode.Micro Systemation now sells passcode-cracking equipment to 60 different countries around the world.

It seems that Android and iOS platforms could both improve their security according to Lookout, a mobile security provider. iOS and Android systems are both vulnerable to Web-based Malware and both could be the targets of rogue apps. However, Mike Dickinson, Micro Systemation’s marketing director said those setting passcodes could make them far more difficult to crack with the XRY application, by using longer and more complicated codes so that’s something to bear in mind.

Take a look at the video below of the security firm cracking an iPhone passcode and let us know what you think. Are you shocked that it looks so easy, or maybe you think it’s almost impossible to safeguard devices these days? 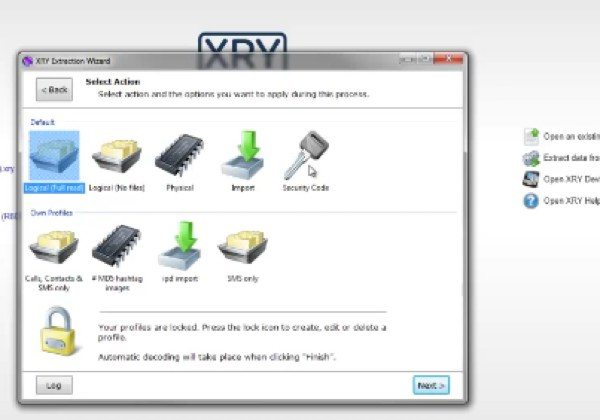