HTC One X turns EVO ONE for Sprint hands on

We all know about HTC’s new HTC One X smartphone, but apparently the word is the will be known as the HTC EVO ONE when the CDMA variant hits Sprint, as images of the HTC EVO ONE have now been revealed that show off the carrier branding along with a red coloured rear kickstand.

The guys over at Droid-life have managed to get hold of the HTC EVO ONE and have done a hands on with the CDMA variant of the HTC One X for Sprint, and they say that the handset is quite a beast, but not too overwhelming a handset, and retains the same 4.7-inch touch screen as the HTC One X.

The HTC EVO ONE also runs Android 4.0.3 and features a 8 megapixel rear facing snapper along with a 1.3 megapixel front facing camera and there is Beats Audio on the smartphone as well.

The guys say that the HTC EVO ONE hardware is stellar, however after a while the device feels just like any other HTC handset, and whilst HTC Sense has been trimmed down it is still somewhat boring, but then they have only had a small amount of time with the handset.

However the guys do say the the one stand out feature with the HTC EVO ONE for Sprint is the camera, and is apparently one of the best cameras they have seen on a smartphone, including the camera on the iPhone, and everything concerning the interface is also ‘buttery smooth’.

The guys finalise by saying that id you don’t mind HTC Sense 4.0 then the HTC EVO ONE is definitely a handset you should consider, however if you want more then it might pay to wait until the developer community has a go with the handset.

So there you go, is any of our readers over in the US hoping to snap up the HTC EVO ONE once Sprint make the device available? 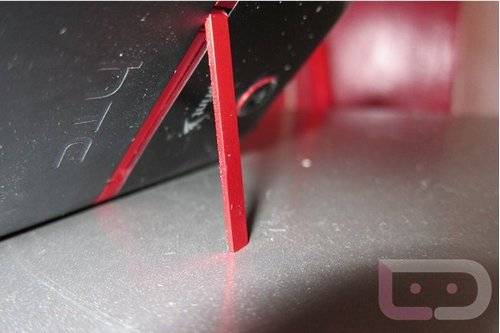