I’m sure everyone over in the good old US of A is aware that AT&T will delivering the ICS packing HTC One X at some point in the not too distant future, although as yet the carrier hasn’t come forth with a hard and fast release date for the handset. However if you would prefer picking up the HTC One S, we have a little release date info on that particular smartphone.

Apparently T-Mobile USA is positioning the HTC One S as one of their top handsets, and comparing the Android Ice Cream Sandwich handset with the likes of the iPhone 4S and the Motorola Droid 4.

The T-Mobile USA version of the smartphone will carry the same specifications as its international counterpart, but of course be compatible with T-Mobile bands, so you can expect that 4.3-inch qHD AMOLED touch screen along with an 8 megapixel rear facing auto-focus camera with LED flash, VGA front facing camera, 1GB RAM, 16GB internal storage, Android 4.0 OS and HTC Sense 4.0, and a 1.5GHz dual core Snapdragon S4 processor.

So there you have it, if you are over in the United States and have been waiting for the HTC One S to hit T-Mobile you should be able to pick it up on the 25th, although as yet there’s no word on what the T-Mobile HTC One S will hit your pocket for. 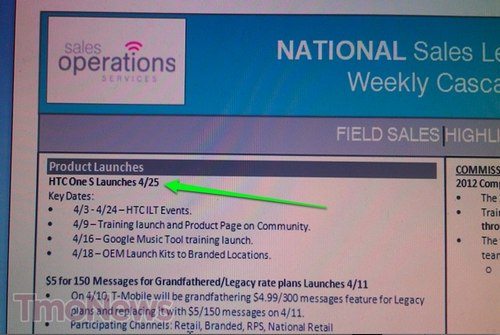 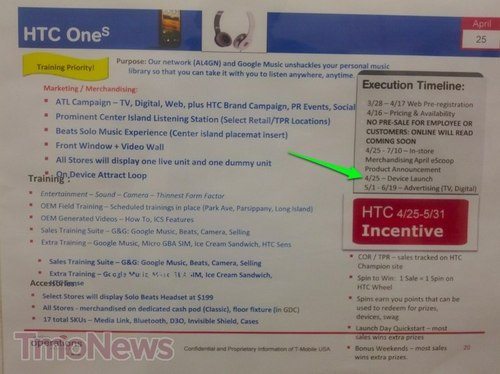