Those of you who follow new smartphone news will have been following the saga of the Nokia Lumia 900 with interest. Following a fault discovered shortly after it’s release on AT&T we told how Nokia was issuing a fix and had a great deal of praise for how the company handled the problem. Today we can tell you that Nokia has managed to get the fix ready sooner than expected and that it is available now.

The Nokia Lumia 900 was widely regarded as the phone to not only turn around Nokia’s fading fortunes but also to boost the popularity of the Windows Phone platform as an operating system. However with Nokia still in dire straits those claims now seem a little dimmed. Although not exactly wowing us specs-wise the Lumia 900 is a beautiful, sleek and very stylish handset and we could see that it would have a wide appeal. Unfortunately when it was released only last week, controversy soon followed.

We reported on a data connectivity issue that seemed to be plaguing some users and was being widely discussed on forums. The good news though was that Nokia immediately acknowledged the problem (unlike some manufacturers we can think of!) and stepped up with a remarkable offer to give a $100 AT&T bill credit to everybody who had already purchased the Lumia 900 (whether they had noticed a problem or not) and also the same $100 credit to anybody who purchased the phone before April 21. This effectively makes the phone free and even if not a wise move financially, Nokia made a lot of new friends from this offer.

Nokia also said a fix for the ‘memory management issue’ would become available by April 16 and again we were impressed at how quickly the company was addressing the issue. There’s even better news today though for those of you waiting for the fix, as it seems it has now become available, some days earlier than forecast. The Verge reports that the update has now been pushed out to Zune for Windows and for Mac owners to Windows Phone Connector.

As well as receiving your update you’ll still be entitled to the generous $100 bill credit offer so it’s a win-win situation for Nokia Lumia 900 on AT&T owners. In a statement Nokia also pointed out that those customers who prefer can exchange their Lumia 900 for an updated one in AT&T stores. Ultimately we feel that Nokia couldn’t have been fairer in the way it handled this situation.

If you had an affected Lumia 900 model let us know if the new update fixes your data connectivity issue? Also we’re interested to hear your thoughts on the way that Nokia resolved the problem? Let us have your comments to let us know. 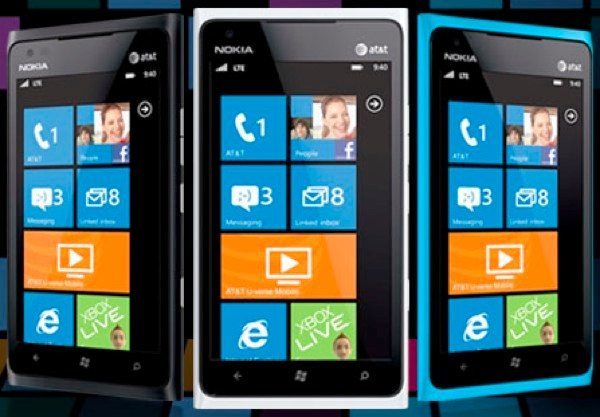 One thought on “Early fix for AT&T Lumia 900, download now”