The rumour mill has been doing overtime in the last few weeks regarding the next version of the Samsung Galaxy S smartphone. We now know when the company will supposedly being unveiling the handset early next month, and in the meantime a number of possible leaks continue to emerge. We have seen a number of images that are supposed to be the Galaxy S3, but the latest ones to emerge the source claim to be confident that they are the real deal.

The Brazilian arm of Gizmodo has some images of what could be the upcoming Galaxy S III that were taken using an iPad, and the source is claiming that the handset is thinner than the Galaxy S2 but heavier sporting an impressive twelve megapixel camera. The serial number on the mystery device is Samsung GT-I9300, which matches up with previous reports of the Galaxy M, but despite this the source is confident the device in the images is the Galaxy S3.

It is commonly believed that the Galaxy S3 will give the Android platform another handset to rival whatever Apple will be releasing next, recently there was talk that the handset could just be a minor upgrade over last year’s model, but new speculation suggests otherwise.

The Verge are reporting that a reliable source close to Samsung is saying that next month’s event in London will be for the Galaxy S3, and that the global version of the device will feature a quad core processor that is likely to be the 32nm Cortex-A9 based Exynos revealed earlier this year. This will mean that regional variants of the device will use other chips to meet requirements such as LTE support for AT&T. It is being claimed by the source that the processor will provide “superlative benchmark performance”.

Below you can see one of the alleged images for the Galaxy S3 and to see more use the link above, but like any smartphone rumour they have to be taken with a pinch of salt. Until the London event in a few weeks we won’t know for sure what Samsung has up its sleeve for the Galaxy S2 replacement that continues to sell well.

Do you think the images are the real deal? 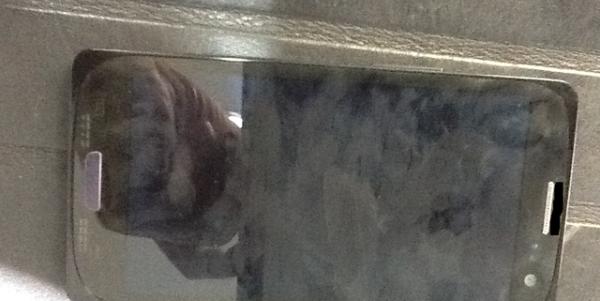 One thought on “Source confident of Samsung Galaxy S3 photos”