For those iOS faithful out there that really enjoy rocking out their music on their Apple iPad, there is a new version of the Rockmate app available, an iOS app that turns your iOS tablet into a complete music studio so you can compose, play, record and produce your very own songs and albums.

The Rockmate app for the Apple iPad enables you to create your music by yourself or with up to four musicians on one single iOS slate, and to assist in composing and recoding your songs the app includes a real time looper and a smart metronome.

With the Rockmate app you can also create your own cords, save your styles export in wav, and share via email, Facebook, iTunes sharing folder and Soundcloud.

We also have a video showing off Rockmate 1.1 which has been fully recorded and produced with the new iPad, with My Jazzy Child using some of the new drum kits found in Rockmate 1.1, so don’t forget to head on down and hit that play button to check out the footage.

So for those that may not have already grabbed the Rockmate 1.1 app, you can download the updated app to your Apple iPad from iTunes at a cost of $0.99 until the 8th of this month. 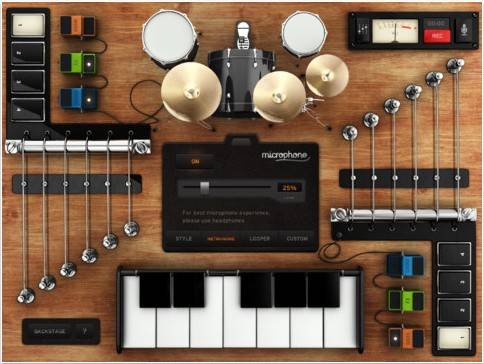