It appears that there is a new rival to the App Store and Google Play for gaining mobile and web apps, and that rival is none other than Facebook, because apparently Facebook has now announced the Facebook App Center that delivers to app developers an additional way to grow their applications and create opportunities.

According to Facebook, over the coming weeks people will be able to access the Facebook App Center via the iOS and Android Facebook app and the web, and that developers should start preparing to ensure their app is included at launch.

Facebook has even launched an App Center Tutorial page whereby developers can get information by hitting up the creating an App Detail Page, Uploading Image Assets, Authorisation, and Submitting your app to the App Center.

The guys say that for the over 900 million Facebook users, the Facebook App Center will be the new place to locate such apps as Viddy, Pinterest, Spotify, Draw Something, Bubble Which Saga, Battle Pirates and more, and every app will have a detail page.

Apparently the Facebook App Center has been designed to grow mobile apps that use Facebook, whether that be on the web, on iOS or on Android, users will be able to browse apps and if they wish to install a particular mobile app they will be sent off to Google Play or iTunes to download the app.

So, the Facebook App Center is not so much as a rival to iTunes and Google Play, but rather another place where you can browse for apps considering the App Center will shoot you off the download the app from the iOS and Android app stores. 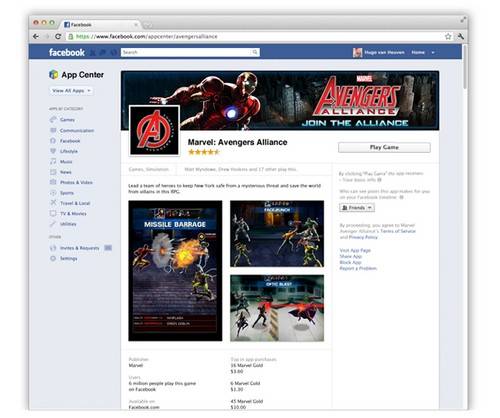