It appears that Toshiba has a new Android slate coming out to play, as they have now announced the Toshiba AT300 tablet, which is a 10.1-inch slate that packs an NVIDIA Tegra 3 quad core processor, and runs the Android Ice cream Sandwich operating system.

According to the guys over at Phone Arena by way of Pocket-lint, the Toshiba AT300 features a 10.1-inch LED backlit Gorilla Glass 1280 x 800 pixel resolution touch screen with 10 finger multi-touch support, and housed in a slim aluminium body.

The Toshiba AT300 is apparently just 8.95mm thick and weighs in at 590 grams, and is said to offer up to 10-hours of life, with access to Google Play for Android apps, and comes with Toshiba Places pre-installed, which is an alternative store for getting your eBooks, movies and videos.

Apparently the Toshiba AT300 tablet is set to hit select markets sometime next month, and commands a price tag of 329-quid for the 16GB model, which happens to be the same price as the 16GB Apple iPad 2, whilst the 32GB AT300 will set you back 379-quid.

So there you go, another Android slate coming out to play, but does the Toshiba AT300 look like the Android tablet that you would want to own? 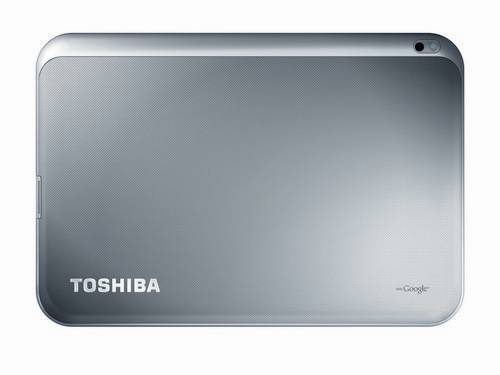