We have news today of a device that is an Ivy Bridge ultrabook and tablet hybrid, the CZC Tech U116T. This is an unusual product and despite its far from catchy name it should attract some attention when Chinese makers CZC Tech show it at Computex 2012 from next week.

As well as mainstream devices we like to bring our readers news of something different and earlier today we gave readers news about another device from a Chinese maker, the Oppo Finder, the world’s slimmest smartphone. Now we have the CZC Tech U116T that we’ve referred to as an ultrabook/tablet hybrid as the clever part of this device is that the keyboard is detachable, turning the screen into a tablet as this part contains all the essential computer parts. For work use simply pop the keyboard back on for an ultrabook experience.

This device came to our attention from Ultrabook News and if, as is possible, it comes with Windows 8 enhanced touch functionality it will certainly see some interest. The specific processor has not been made known yet but we do know it is an Ivy Bridge CPU, which should offer decent efficiency regarding battery life and a low thermal output. Other specs and features include an 11.6-inch display with a resolution of 1366 x 768, up to 4GB of DDR 3 RAM, options of 16, 32, 64 or 128GB SSD storage and integrated HD 4000 graphics.

There’s also a 3.5mm headphone jack, one USB 2.0 port, 1 USB 3.0 port, micro SD slot, SIM card slot and also an Ethernet/LAN RJ45 port. There’s some confusion from the images supplied though as the specs infer that the keyboard adds an integrated battery for charging and powering the tablet and one more USB 2.0 and USB 3.0 port although the pictures don’t indicate this. It will be interesting to find out when this device is revealed in all its glory.

No release date or pricing for the U116T has been announced yet but you can see the official Chinese product page here. Does the CZC Tech U116T Ultrabook sound like a device that could interest you? We’ll keep you informed about it when we hear more. 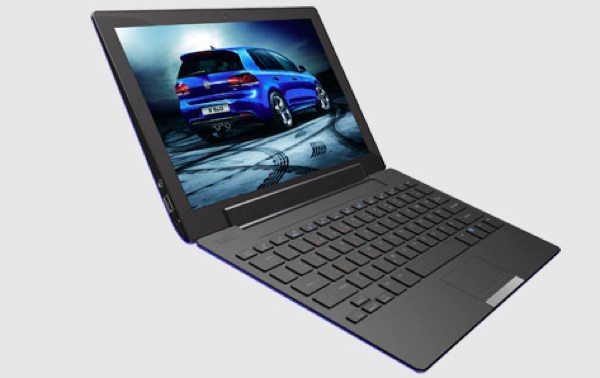