For those iOS faithful out there that would like to make use of the Amazon Cloud Player app you might like to know that Amazon has now released their Amazon Cloud Play app for iOS so you can download or stream your music library from the cloud to your iPhone, iPod Touch or Apple iPad.

Amazon Cloud Player for iOS devices enables the user to stream their music from the cloud, download locally so you can listen to your music offline without a mobile network or WiFi, play music in the background or controlled via lock screen, and create and edit playlists.

However when in your car you can use the Amazon Cloud Player to stream your music to your vehicle using Bluetooth, and also in your home.

On the upside you get plenty of storage space on Amazon cloud, and if you purchase one of Amazon’s storage plans you receive unlimited space for AAC files and MP3s.

So for those iOS faithful out there that would like to take advantage of the Amazon Cloud Player app for iOS, you can download the application to your chosen device for free by hitting up iTunes. 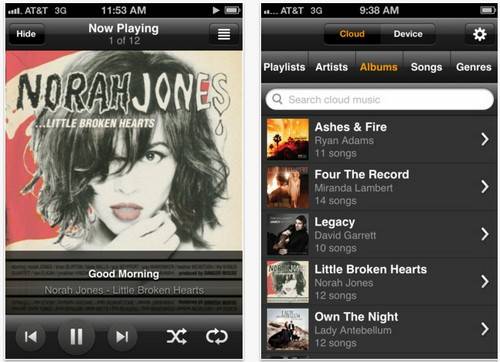 One thought on “Amazon Cloud Player for iOS available”