Since it was released late last year the Samsung Galaxy Note has proven to be quite successful in terms of sales, and while it may not quite match up with the figures for the Galaxy S2 many consumers like the handset, and today we have news of the T-Mobile Samsung Galaxy Note waiting in the wings ahead of a release.

The handset has recently found its way onto the AT&T LTE network in the US, and according to Pocket Now the device is getting ready to arrive onto T-Mobile as well. Previously hackers have tried to modify the handsets radio software to offer some basic T-Mobile 3G support, and later some images were leaked to show an official T-Mobile version of the Galaxy Note was being worked on.

These images revealed a Samsung model number of SHG-T879, and now a model with that number has appeared at the FCC, and the handsets certification paperwork has been published. As expected there is voice and 2G data coverage on both the 850MHz and 1900MHz bands, with 3G on 1700MHz.

There is also 3G on 1900MHz that the carrier has already started to use in some areas along with support for 3G on 850MHz, with the latter not being used by T-Mobile at the moment. The documentation also shows there is also a NFC antenna located on the battery cover as well.

While it is thought that the T879 is the Samsung Galaxy Note there is something that doesn’t quite add up in the documentation. It is showing the width of the Note to be correct but the handset should be a bit taller, around 147mm. Maybe the figure is just for an internal circuit board and not actually the handsets external dimensions.

Are you waiting to get the Galaxy Note on T-Mobile? 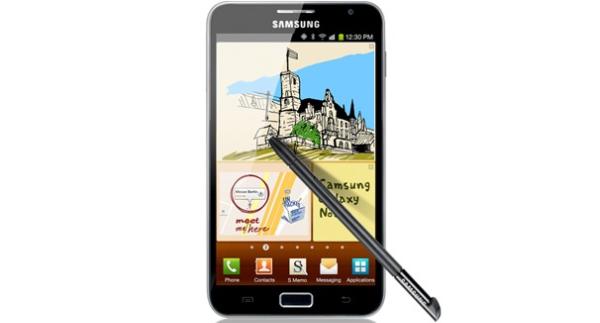