If you’ve been waiting for the release of the Samsung Galaxy Note 10.1 tablet, the younger and larger cousin of the Galaxy Note smartphone, then we have some good news for you today. Pre-orders are now available for this much-awaited device through Amazon with a release date of July 30 shown as well as a price listing.

There was a recent video spot appearing to show the Galaxy Note 10.1, intimating that production was well in progress and so news of pre-orders with Amazon should hearten many waiting for this tablet. What’s more it seems as though the Galaxy Note 10.1 will step up from the original dual-core processor planned and instead will have a 1.4GHz quad-core processor, news which will no doubt please a lot of potential customers.

News of the Amazon pre-orders for the Galaxy Note 10.1 came to us from Engadget and you can find the pre-order page at Amazon here. Originally the tablet was listed with a vague availability date of between 3 and 5 weeks but we have just noted the release date has now actually been given as July 30. The Galaxy Note GT-N8013EAVXAR 10.1-Inch Tablet price is listed at $549.99.

Specs and features include the 10.1-inch display, 1.4GHz quad-core processor and 1GB RAM and another plus point is that it will be running on Android 4.0 ICS. It also features the S Pen stylus and dimensions are 10.1-inches x 6.9-inches x 0.35-inches with a weight of 1.28 pounds.

Have you been waiting for the Galaxy Note 10.1-inch tablet and are you pleased to finally have a release date? What has made you pick this over other tablets such as Apple’s new iPad? Let us know by sending us your comments.

UPDATE – We now note that Samsung has contacted Engadget to say that Amazon posted the pre-order in error and that pre-orders are in fact not yet available. We cannot say then whether that July 30 release date is accurate although of course just because it’s been pulled doesn’t mean to say that is not the actual release date. 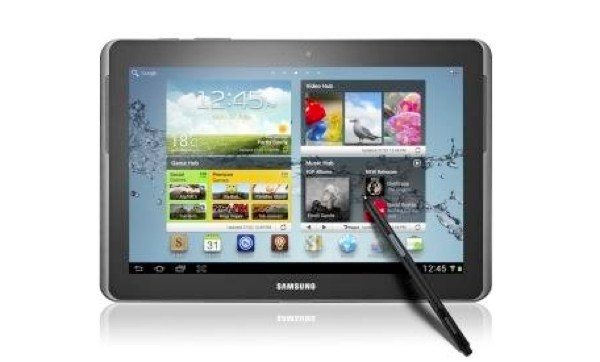