LG Optimus L5 heading for the shelves of Europe

The LG Optimus L smartphones were first announced back in February with the Optimus L5 phone intended as a mid-range phone between the L3 and L7. It seems to have taken some time longer than we originally expected but now the LG Optimus L5 is about to be launched in Europe. It will be interesting to see if this one sinks or swims.

In April we told of a preview of this Android smartphone which to be frank was pretty negative apart from some praise for its floating mass display and also its stylish appearance. Specs are pretty underwhelming though and we told how the price would be a pretty important factor on whether it sells or not across Europe. We still have no confirmation of the price but we do know that it will be released in Europe this month. The launch will come to the UK, Germany and France first followed by the CIS and Middle East and Asia. It will then head to Central and South America.

News of the European launch came from Android Central where the official LG press release is also available. Specs and features include an 800MHz Qualcomm A5 processor, 4-inch HVGA display with a low resolution of 320 x 480, 4GB of internal storage expandable via microSD to 32GB, 5-megapixel rear camera with LED flash and a 1,500mAh battery. It runs on Android 4.0 ICS with the LG 3.0 UI.

Although the specs are nothing to write home about we do think the Optimus L5 will appeal on looks alone as it is an extremely attractive handset and beautifully slim, with a leather back and metal highlights. Full dimensions are 118.3mm x 66.5mm x 9.5mm and you can see more by checking out a video of a hands-on experience with the L5 below this story.

Could you be tempted by the LG Optimus L5? Is a sleek and stylish smartphone more important to you than the internals? Let us know with your comments. 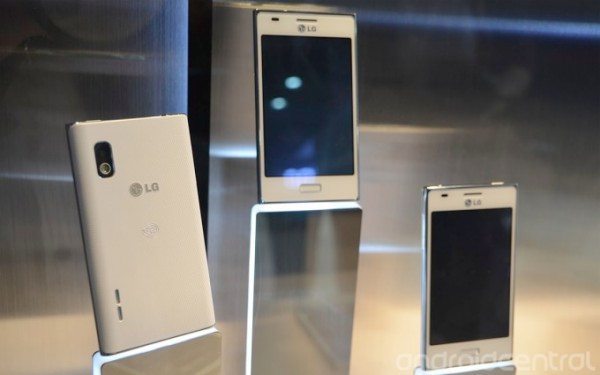