SwiftKey 3 for Android released with a price cut

While the Android platform may not have as many applications when compared to the iPhone platform we are now seeing more great apps being released for users to enjoy, and today we have news that SwiftKey 3 for Android has been released with a price cut too.

The application has now left the beta stage and been released officially to the Google Play Store, and as an article over at Ubergizmo is reporting it is available at the discounted price of Â£1.49/$1.99 for a week, which is a fifty percent saving. This latest version of the award winning keyboard application for Android devices is being claimed by the developer as the “most accurate and complete auto-correction and prediction available on any smartphone or tablet”.

The only way to find out is to have a go yourself and there is a free version for both tablets and smartphones available that gives you free access for a whole month. SwiftKey 3 offers users a big leap forward with automatic correction along with Smart Space capability, which can detect mistyped or omitted spaces across poorly typed words in real time.

There is also Cobalt and Holo themes for added personalization and an improved user interface offers a larger space bar design and smart punctuation key so that accuracy can be improved. The developers have increased the number of supported languages in the application to 42 with seven more languages added, which includes Estonian, Farsi, Icelandic, Latvian, Lithuanian, Korean, and Serbian.

This release comes after SwiftKey’s VIP community of more than 65,000 beta testers have been working on the app helping to iron out any bugs and add features, and many users have also been singing the apps praises. To find out more and to download one of the versions of SwiftKey 3 head over to Google Play. 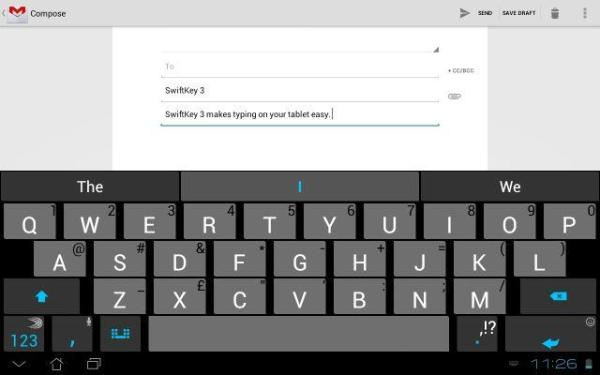