This is great news for the many potential purchasers of this beautifully sleek and stylish smartphone. Although some have claimed that the Xperia ion is a case of style over substance we still think it has a huge amount to offer and know from comments to our previous posts how many readers were eager to get their hands on it. We recently gave you the official release date of June 24 and the price when purchased through AT&T announced as $99.99 on contract. We described this as ‘dirt cheap’ for such a notable phone so news that it can be purchased for only $50 on contract makes this even more of a bargain.

Details of the Best Buy and Sony price of the Xperia ion came to us from Engadget and you can see more details of the Xperia ion at this AT&T page where you’ll see the price tag of $99.99 on contract. However if you’d rather take advantage of the Sony $49.99 offer head to this Sony page or for the Best Buy $49.99 offer head here. If you’d like a quick reminder of some of the main specs and features they’re coming up next.

The Sony Xperia ion has a 1.5GHz Snapdragon S3 dual-core processor, 4.6-inch HD Reality display, 1GB of RAM, 16GB of internal storage (expandable with microSD), 12-megapixel rear camera with Exmor R sensor and 1080p video capture, 1-megapixel front-facing camera, 4G LTE connectivity, NFC and PlayStation certification. One of the only flaws that we can see on this new smartphone is that it launches with Android 2.3 Gingerbread rather than 4.0 Ice Cream Sandwich

If you’d like to see an in-depth review of the Xperia ion before you make up your mind then you might like to see here where you’ll see that the display, build and LTE connectivity all earn praise while negatives are viewed as Android 2.3, the processor and camera. Bear in mind that $50 price tag though and we think the Xperia ion will attract a decent amount of buyers.

Are you heading out to purchase the Sony Xperia ion? If so what has made you choose this over other Android handsets such as the HTC One X or the Galaxy S3? Let us know with your comments. 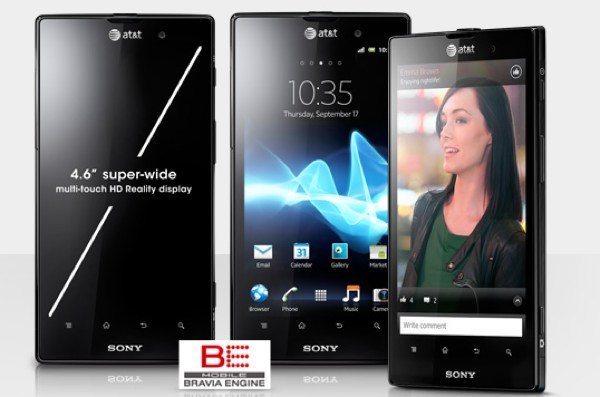