Some of you who are gaming enthusiasts may remember that back in May we brought you news of the successor to Angry Birds from Rovio, a new game to be called Amazing Alex. It was hoped this would be released within the next two months and the good news is that it will make that timeframe. We now have official confirmation that Amazing Alex will be released for iOS and Android sometime this month and will soon be hitting the App Store and Google Play.

Because of the phenomenal popularity of Angry Birds the success of Amazing Alex already looks pretty much set as there will be huge amounts of people who want to see what Rovio has come up with to follow up from Angry Birds. There’s not too much longer to wait then as Rovio has now released a new trailer for Amazing Alex that we’ve embedded below this story for your viewing pleasure. There’s no gameplay footage in the trailer but it does give us a flavor of Amazing Alex plus of course that July release date confirmation.

We heard about the trailer from Droid-Life, sourced from Rovio and if you want some more details of the app we can tell you it’s a physics-based adventure with more than 100 levels to tackle. Alex is described as a “whiz kid” and some of the puzzles have more than one solution so you can also challenge your friends to see what they can come up with. It’s also possible to build and design levels and there are 35 interactive objects enabling players to do this. There are four locations and regular free Amazing Alex updates will be issued. To see more checkout the Rovio link early in this paragraph.

From what we can see so far it’s hard to see how Amazing Alex can fail, as it looks thought provoking, entertaining and fun. Thankfully we haven’t too much longer to wait until we’ll be able to get hold of Amazing Alex and we wonder if he’ll become as addictive as those crazy Angry Birds.

We’d like to know your initial thoughts on Amazing Alex so check out the trailer below and let us know what you think. Do you think any Rovio game will ever be as popular as Angry Birds? Let us know with your comments. 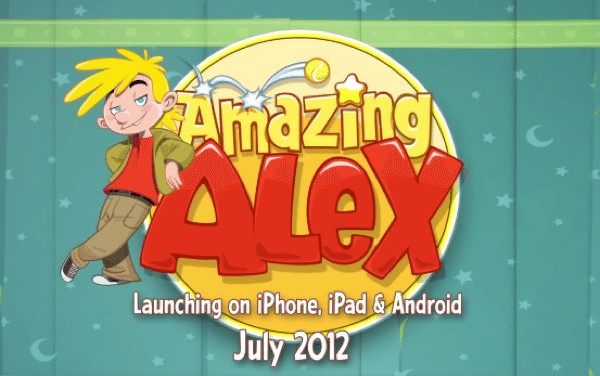