At Phones Review we like to bring you news of some of the most popular and useful apps as well as details of all the latest mobile technology. Today we want to talk about the CSR Racing game app, which is now available for iOS devices, although at present it seems the Android platform is still waiting.

We know from many comments to previous app posts that Android device users can often become frustrated when so many apps are launched on the iOS App Store before they get to the Google Play store for Androids and CSR Racing seems to be another of those instances. For now though we’ll give you the details of the iOS app, designed for iPhone and iPad and compatible with devices running iOS 4.0 or later. This is also a free app, so why not check it out, although you may end up spending out on in-app purchases.

CSR Racing from NaturalMotion is available from iTunes here and was released on June 28. This racing experience involves a drag race along city streets with high-fidelity graphics designed to beat other 1080p console racing games. Licensed cars for the game include Audi, BMW, Chevrolet, Ford, GM, Mini and Nissan and cars can be upgraded with turbos, nitrous injection, tweaks to the aerodynamics and racing tires to suit your driving style. Cars can also be customized with custom license plates, paints and decals and there’s an underlying edge to the game involving the crews that rule the city and their own drivers.

Certainly sounds as though there’s plenty to get your teeth into and we’d like to hear your thoughts on CSR Racing. Are you an Android device user and fed up that you’re still waiting for the game on your platform? Maybe you’re an iOS device user and have already played the game, in which case let us know what you think of it? Send your comments to let us know. 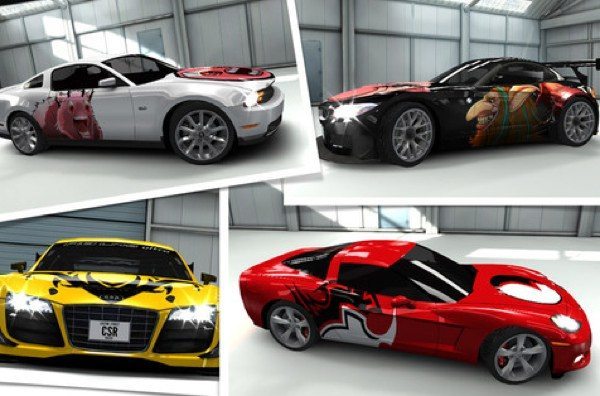