According to the guys over at Phone Arena, by way of Unwired View, and Hi-tech.mail, Hyundai is steeping into the Android tablet space with the Hyundai HT-7B, a 7-inch slate, the HT-9B a 9.7-inch tablet and the HT-10B a 10.1 incher, and although they don’t appear to be cutting edge specs wise, they are fairly affordable Android Ice Cream Sandwich tablets.

Lastly there is the Hyundai HT-10B that sports a 10.1-inch 1024 x 600 display along with exactly the same specs as with the Hyundai HT9B but also features built-in 3G, and for that commands a price tag of roughly 311-bucks. 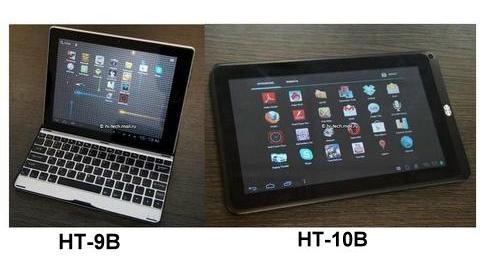