I’m sure most are aware that the patent fight trial between Apple and Samsung has now kicked off. The first witness for Apple was designer Christopher Stringer, who delivered his testimony on the Apple design process, and introduced numerous rejected iPad and iPhone designs.

According to the guys over at The Verge, these rejected iPhone and iPad designs give the tech world a look at how Apple forms their design aesthetic, and that some of the revealed Apple gear look to have more in common with rival Sony’s design aesthetic than Apple’s.

Stringer stated that Apple, over the course of the design process, created hundreds of differing models, and some of these would reveal more iterations as Apple’s design team tries out different elements for the device.

Apple photo 87 for example is a black metallic flat device that places the major ports and buttons on the side of the handset.

Whilst Apple photo 0874 is an Apple iPad prototype that doesn’t opt for the simple slab design but rather sports a thinner rail encompassing the tablet, and curves around the bottom and top, which presumably would have improved the grip.

Obviously Apple is trying to show in the trial that their designs have been copied by Samsung, by showing what devices they had been previously working on, but when it comes right down to it, when it comes to a tablet, a rectangle is a rectangle no matter how you tart it up, and I don’t think Apple owns the right to that particular shape, and the same could basically be said for phones.

The thing is, these device makers shouldn’t really be spending their time and efforts on arguing which device looks like which device, and who might have copied who, as in the end the customer doesn’t really care as long as they get the device they want. 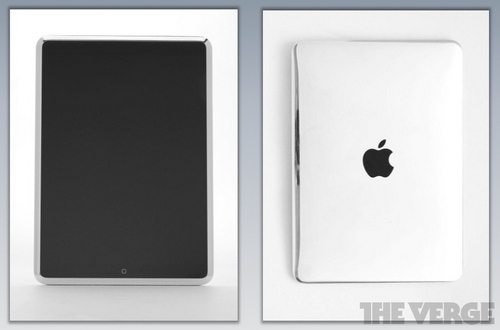 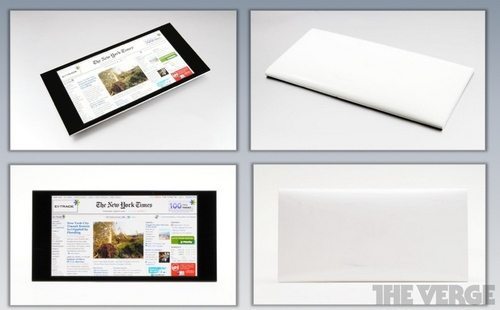