iPhone 5 vs Samsung Galaxy Note 2 release, the fight is on

This is very interesting indeed especially after the Apple vs Samsung saga, it has always been in the back of consumers minds what will debut first between the iPhone 5 and the Samsung Galaxy Note 2, and today news is flooding in that the new Apple smartphone will be announced 2 weeks after the Samsung smartphone, this is the case of “Take that Apple”.

Samsung will be holding its Unpacked event on August 29th and it has been suggested that the Galaxy Note 2 smartphone will make its debut, we decided to look into this a little further and came across iDB where Reuters reports Samsung Electronics is set to take the wraps off a sequel to its popular Galaxy Note smartphone at an event on August 29, about two weeks before the possible debut of Apple’s new iPhone. This is getting really juicy in the Apple Samsung corner, what are you waiting for?

At the moment the two major firms are going at it in court as they pit against each other to prove each other wrong in the high profile patent debate, if Samsung do decide to announce and then release the Galaxy Note 2 two weeks before the debut of the iPhone 5 then surely this will get right up Apple’s nose.

It has been said that the Note 2 smartphone will come with a 5.5-inch display, which is a little bigger than the current Note, and will be much faster thanks to a better processor, there will be a better camera also. Many more rumours cover the specs include the Exynos 4412 processor that can be found in the Samsung Galaxy S3, clock speeds of 1.6GHz, 1280 X 720 pixels resolutions, and apparently come running Android Ice Cream Sandwich with the option to upgrade to Jelly Bean at a later date.

The iPhone 5 is expected to be announced September 12, is there any possibility with Samsung and Apple at loggerheads that the new iPhone may not even make a September announcement due to Samsung saying on your bike we are not supplying you no more, leaving Apple with the choice of using Sharp? We have already reported that Sharp could be supplying the screens, time will tell and we will keep you notified. So an iPhone announcement on September 12 with an October release, and the Galaxy note 2 weeks before that will surely stir a few things up.

So will you wait for the Apple iPhone 5 or will you get the Samsung Galaxy Note 2 jumbo-sized smartphone aka phablet? 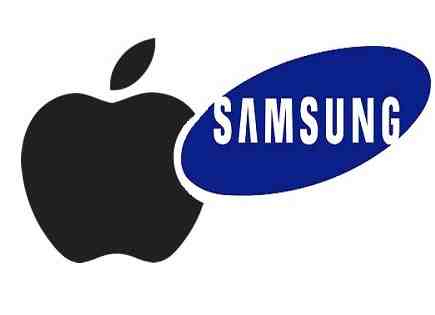 28 thoughts on “iPhone 5 vs Samsung Galaxy Note 2 release, the fight is on”