No doubt most gamers would agree that the Unreal Engine is one of the most popular game engines available, and has been used to power many games. The Unreal Engine has gone through many iterations, and is extremely powerful and versatile, and Gameloft is using the Unreal Engine power behind their latest Android game, but what game is it?

The game maker has used their Facebook page to post a picture that teases the new game, and has the line…The Story of Gameloft’s 1st Unreal Game will soon be revealed, and beneath that line Gameloft lets people know there is a hidden hint in the artwork.

Below the picture, people can vote for to unlock a video teaser on YouTube, or vote unlock the game artwork, I voted for both hoping something else would be revealed but unfortunately not. So the big question is just what game has Gameloft got up their sleeve?

Not being a gamer I don’t really have any suggestions on that, but I have covered a few games in the past, but nothing I can see in the Gameloft image brings any game rushing to mind. Some comments on the image have said it looks like God of War, although some doubt that.

So we’d like to ask all our gaming readers out there if they can find the mystery hint in the picture (below) and if so feel free to let us know what you think this new game is by posting your suggestions to our comments area below. 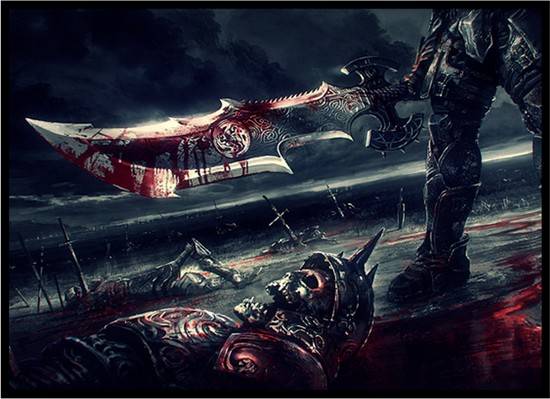