As of the 31st of this month IFA 2012 kicks off in Berlin, and runs until the 5th of September, and this is when the exhibition is open to the public; however, a few days before opening to the public, manufacturers will hold press events, and the schedule for those IFA 2012 press events reveal several smartphones should be unveiled.

According to the guys over at GSM Arena, here’s what you can expect when the handset makers hold their IFA 2012 press events before opening to the public…

On Wednesday the 29th of August, Panasonic will kick things off at 03:00pm by unveiling a new Android handset following in the shadow of the Panasonic Eluga, and Panasonic Eluga Power smartphones. Then between 04:00pm and 05:00pm Sony is expected to unveil a refreshed Sony Xperia S, the Xperia LT29i Hayabusa, and the Sony LT30i Mint, which will actually come out as the Sony Xperia T. Then between 07:00pm and 08:00pm Samsung is expected the unveil the much talked about 5.5-inch Samsung Galaxy Note 2.

Moving on to Thursday the 30th of August, the second of Samsung’s press events will begin at 11:00am, and although there’s no word on what to expect from Sammy at this second event, it is presumed the firm will showcase some of their gear from their home appliance divisions.

Then at 1pm Lenovo is expected the show off the Lenovo IdeaTab A2105 phoneblet along with the IdeaTab A2107, a 7-inch tablet and the IdeaTab A2109, a 9-inch slate. Then at 3pm LG kicks off their event, but have for some reason been quite quiet on the matter; however it is expected LG will use the event to show off all their 2012 devices rather than deliver any new handsets.

So there you have it, just a few devices that are expected to be unveiled and showcased during IFA 2012 in Berlin, Germany. 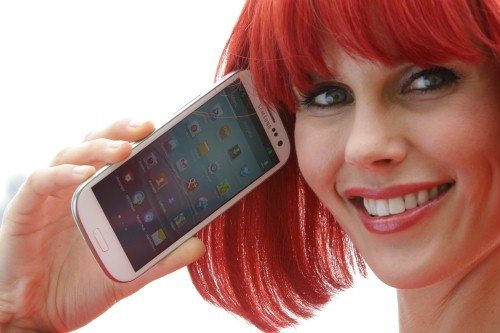