Yesterday Apple seeded iOS 6 Beta 4 to developers, and with this new version it appears that Apple is further cutting ties with Google, because in iOS 6 Beta 4, the YouTube app has disappeared, and the word is the YouTube app is no longer on iOS because the license has now come to an end.

According to the guys over at 9to5 Mac, customers can still access YouTube via Safari, and the Google guys are working on a new YouTube app for the Apple App Store. However, although the ability to upload to YouTube is still present in iOS 6 Beta 4, the YouTube app has now gone from the iPhone , and the Apple iPad but is still present on Apple TV.

iOS 6 Beta 4 is available in the Dev Center, and the full change log, which is quite massive, includes Accounts Frameworks: when asking for access to Facebook accounts the only key needed in the options dictionary is now ACFacebookAppldKey, with both ACFacebookAppVersionKey and ACFacebookPermissionGroupKey now obsolete.

The known issue with dictionaries when trying to define a word in any language other than English or Japanese has now been fixed. The issues with Apple TV have also been fixed and include the screen may show the wrong resolution, so restart Apple TV to get the correct resolution, restarting when using the Remote app, possibly restarting when changing the system language, Photo Stream doesn’t load when logging in the 2nd time, so restart to resolve.

With Maps, iOS 6 and above uses Map Kit, which has been built on a new infrastructure that is hosted by Apple , whilst earlier releases will continue to use Google services. Maps are now supported in Simulator, Routing apps that don’t specify a coverage file during development will be displayed in the Maps routing search results, whilst testing and debugging of coverage files for routing apps will only be supported during development via the Xcode Run workflow. Whilst the Maps doesn’t zoom into the current location when using a 3rd-party app problem has now been fixed.

The description field is now a requirement for a Pass in Passbook, and every pass that is created without it will fail to validate and thus not ingest, whilst Passbook unable to show boarding passes on the lock screen has been fixed, and Passbook in Simulator no longer requires http/ssl when using webServiceURL when ingesting a pass.

So there you go, just a few of the changes in iOS 6 Beta 4, and if you wish to check out the entire iOS 6 Beta 4 change log you can do so by heading over to iDownload Blog, who have posted it in its entirety, but the biggest change does seem to be that the YouTube app has now gone. 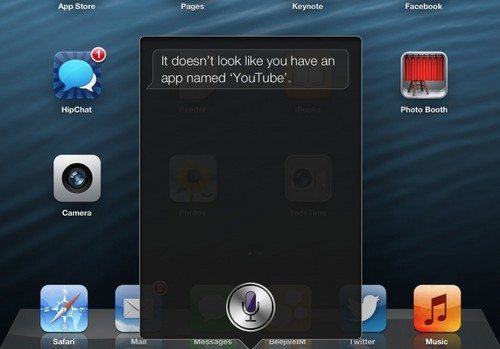