The new Samsung Galaxy Note 2 that will be announced in a few weeks still remains a mystery when it comes to design and specs, until today that is thanks to an anonymous tipster. We can now reveal a few details on the supposed design and specifications and what the front panel looks like if all is true of course.

Below is the alleged photo of the Samsung Galaxy Note 2 N7100, it does not show much other than the white front panel, and it does indeed strike a resemblance to the SGS3. We cannot sit here and bet our heads on this, but if all is the truth then we could have a really good smartphone with great specs about to be launched soon.

A Samsung Galaxy Note 2 with a Galaxy S3 inspired design is a good move in the right direction, if this is a made-up photo we cannot see it being that much difference on the real model that releases in a couple of weeks time. Some of the specs released by the tipster via GSM Arena as well and these include the likes of a 5.5-inch Super AMOLED display with 1280 x 800 pixel screen, regular RGB matrix, Exynos 4 Quad with quad-core CPU clocked at 1.5GHz.

As we all know the Samsung Galaxy S3 is getting the Jelly Bean update soon and this will most definitely be running on the Galaxy Note 2 upon release we believe. 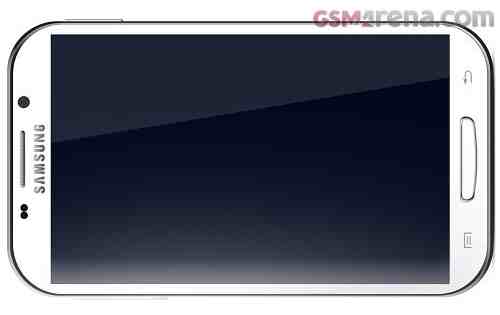 We will of course keep you updated when the official Samsung Galaxy Note 2 get’s announced, in the meantime we can sit here and think that this one is the real deal, time will tell as they say.