Naturally we have that footage of Jelly Bean 4.1.1 on the Samsung Galaxy S3 for your viewing consideration below courtesy of the guys over at Technobuffalo, and the footage shows that old Sammy hasn’t dropped the TouchWiz UI with Android Jelly Bean, however the new OS does deliver extra goodies such as Google Now, although the commentary on the video might be pointless to some unless you can speak Spanish.

Anyway if you do wish to see Android Jelly Bean playing nice on the SGS3 head on down and mash that play button to check out the action. However while you are doing so, you might also like to hit the play button on another video that comes our way courtesy of the guys over at Engadget, which shows how to unlock the Samsung Galaxy S3 bootloader on Verizon. 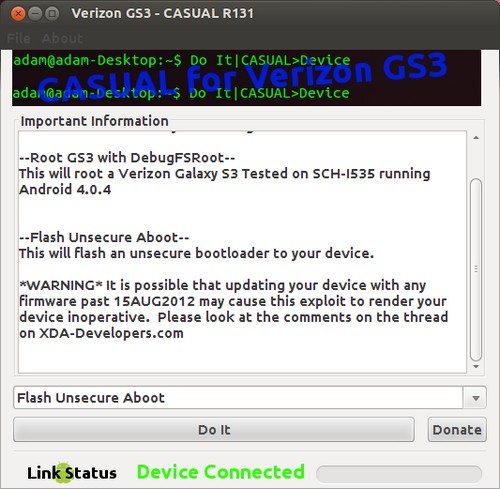 Apparently the Big Red’s Galaxy S3 encrypted bootloader has now been unlocked by the guys over at XDA-Developers, where if you wish to give it a whirl on your own Samsung Galaxy S3 you can grab all the necessary to do so. You will require either OS X or Lunix to do the deed, and word is a Windows workaround is available too.

Of course if you do give unlocking the Galaxy S3 bootloader on your Verizon handset, make sure you take the usual precautions before doing so, and feel free to let us know how it all goes by dropping us a line to our comments area below. That said and done, all you need do now is mash those play buttons…enjoy.