iPhone 5 has been in rumours for a while now. So far, we have seen thousands of prototypes, fake images, rumoured designs, speculated features and what not! It has been 2 years of Apple iPhone 4’s stand in marketplace and ever since the release of this smartphone, the company pushed 6 more gadgets, 5 of which are different variants of iPad and one is iPhone 4s; a ground breaking technology, which transformed the computer and mobile industry.

In October 2011, an enormous hype was created prior to the expected release of new gen iPhone 5 smartphone. However, despite all predictions and anticipations, Apple announced an upgraded version of iPhone 4, code named iPhone 4s. Even though it was very disappointing news for potential customers, it still was received with open arms and helped Apple make record sales. Over 1 million iPhone 4s units were sold within an initial 24 hours of its launch and Apple broke its own record of 600,000 units it sold on the launching day of iPhone 4. With the release of iCloud, New IOS and Siri, Apple once again, mounted as a true technology company.

Anticipations for the long due announcement of iPhone 5 died again when Apple held a WWDC conference in 2012, completely skipping any details about the gadget. But, just couple of days ago, TechCrunch revealed iPhone 5 release date to be 21, September. 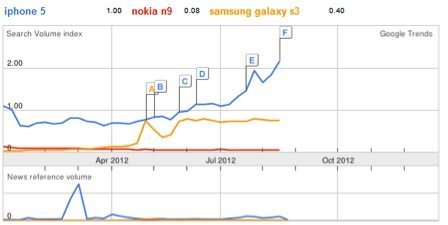 iPhone Impact and Popularity
Even though it is believed that Nokia, Samsung, HTC are the major shareholder of mobile phones market collectively, yet Apple is still growing stronger and now is the biggest Mobile company with $665.15 billion dollars in shares, leaving Google, Samsung Microsoft way behind.

Even though Nokia N9 and Samsung Galaxy S3 were huge successes, but apparently they will be dwarfed by upcoming iPhone 5. Apple is certainly becoming a priority brand among consumers, who can shell out pretty penny on high end gadgets.

Note: The image below describes popularity of individual gadgets and not the brands as whole. 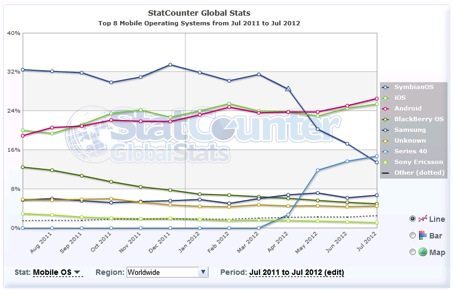 The graph above is a clear demonstration of the current user trend over all. Although Nokia and Samsung flagship phones did quite well in the market, yet their combined efforts do not seem to beat the hype of Apple’s iPhone 5, which is not even yet released, following is a list of the most anticipated features for next release of iPhone.

Device Design
First thing first, with the release of a lot of larger framed smartphones, such as Lumia series by Nokia, or Galaxy series by Samsung, it is not out of spectrum to believe that Apple will share the same ideology and come up with design, bigger than their previous releases. The anticipations about phone suggest it will be boasting a metallic alloy framing, with at least 4-inch display.

Operating System and Processing Power
There is great development going on in Mobile OS sector; at times the competition seems so fierce that it feels as if mobile tech companies would do anything to engulf the competitor (recent law suits, Motorola acquisitions for the sake of patents). Recent advancement in IOS, Symbian, Android, and WP are astonishing. Symbian OS, the popular smartphone choice of all time, is now losing its grip over Android and IOS. However, Series 40, a variant of Symbian, but mostly used in low end phones is consistently gaining shares.

As far as the upcoming iPhone is concerned, we strongly believe that the iPhone 5 will come up with IOS 6, bundled with 3d maps, social media integration and a couple of surprises. For the processor part, 4s boasts Dual-core 1 GHz Cortex-A9 with PowerVR SGX543MP2 GPU and the Apple’s A5 chipset, so we believe, the next processor will be quad core with much more GPU and ram. These are countless specs that once used to be a dream, but thanks to the competition! 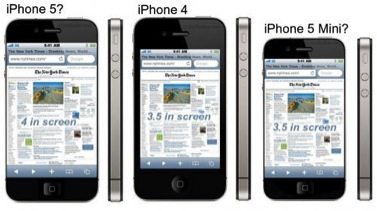 Internal and External Memory – Connectivity
There are already phones, such as Galaxy S3 with 2 GB ram; so for iPhone to compete and assure that their processing and storage is up to par, we can expect the ram to be at least 2 GB! For internal and external storage, there might not be much of changes and phone might come with 8/16/32/64 GB storage options. For connectivity, it will definitely come with 4G, both LTE wireless broad band and Near Field Communication (NFC)

Camera Technology
With the release of Nokia’s 808 Pureview 41 Megapixel camera phone, any anticipation about Apple’s plans on camera hardware will merely be a speculation. Apple would certainly want to keep the gadgets light weighted, but for a broader view, Apple has much more space to place a camera with better hardware. In any way, camera will be at least 12 mega pixel or more.

Some of Unofficial Prototypes and Leaked Images
Following are some of recent leaked images and concept designs. The images below represent designs based on expected features. First design in the list is by ADR Studio and is probably one of the sleekest one! 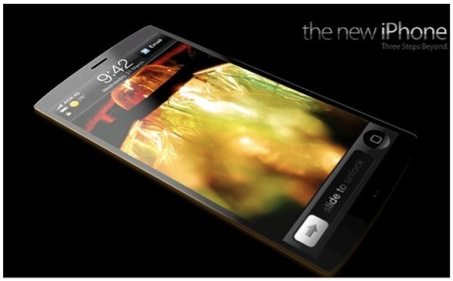 Design mentioned above is no doubt good, thin and possess wider screen, which is what Apple will most likely be going for in their new release. In another design, designer has tried to compare previous version and proposed a new design based on predictions and expectations.

iPhone 5 mini might not be happening, but we can certainly expect to see enhanced version of iPod Mini, similar to the 3rd design. We shall surely be seeing more concept designs or prototypes, but it’s hardly likely to see the actual phone prior to its release.

Release Date
Earlier in the year, everyone expected to see Apple’s new phone in late third quarter of 2012, however, as this mobile made no appearance nor did it display any considerable news during WWDC 2012; it was assumed it shall not be released this year. However, the AT&T blackout on 21, September and couple of leaked images as well as iPhone 5 cases by Chinese vendors revealed Apple’s plans.

Apple is expected to follow same order they followed for the release of iPhone 4s. They will be conducting an event with a live stream of iphone 5 on 12 September, which will be followed by pre-order date and then finally the release date, which is 21, September 2012 confirmed by an AT&T employee.