The handset formally known by the codename HTC Proto, has now received a name change and will henceforth be known as the HTC Desire X, and some specification details along with pictures and a possible price for the HTC Desire X has now surfaced online, apparently captured during a promotional event for retailers.

The HTC Desire X details come our way courtesy of the guys over at GSM Arena, and by way of Chinese site eprice, with images of the Android smartphone in two colours with quite a bit of press material that reveals the specifications on the handset.

So, the HTC Desire X is an Android Ice Cream Sandwich handset sporting a 4-inch WVGA Super LCD touch screen along with a 5 megapixel rear facing camera with LED flash and HTC ImageClip tech as seen on the HTC One X and HTC One S, 4GB internal storage, 738MB RAM and a 1GHz dual core processor, microSD expansion, and 25GB of Dropbox storage. 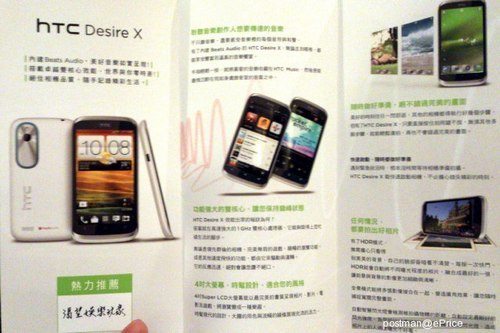 The Desire X also comes with Bluetooth 4.0 with high quality aptX audio streaming along with HTC Sense 4.0, and measures 118.5 x 62.3 x 9.3mm with a weight of 120 grams, and will not support a microSIM card, and it isn’t known whether the Desire X is a dual SIM handset.

Apparently the Android smartphone will become available in two colours, white or blue, and is expected to command a price tag in the region of â‚¬290, roughly $360; however there is currently no word on just when or where the HTC Desire X is likely to come out and play in the mobile space.

So, does the HTC Desire X look like an ICS smartphone that could command your attention? 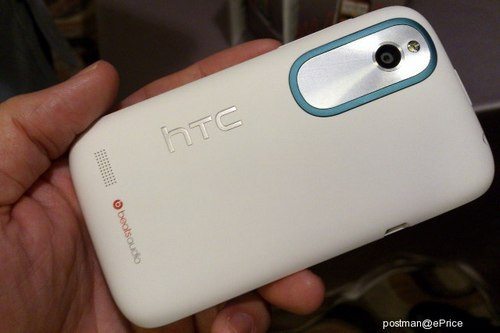 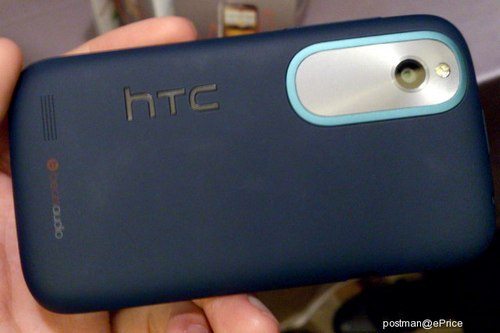