Samsung has revealed a few details on each of the new Ativ devices, so let’s kick things off with that Samsung Ativ S smartphone, a handset that offers the user a 4.8-inch HS Super AMOLED touch screen, is powered by a 1.5GHz dual core processor, has HSPA+ connectivity and of course runs the Windows Phone 8 operating system, and according to Samsung has a ‘stunning hairline design.’ 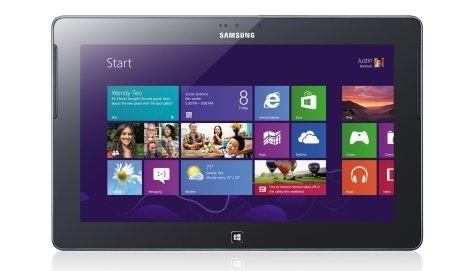 The Samsung Ativ Tab is a 10.1-inch Windows RT slate with a USB port and uHDMI port, along with an 8200mAh battery, is 8.9mm thick with a weight of 570 grams, and has been designed with a hairline finish, and instantly boots up without lag whilst coming with Microsoft Home Office and Student 2013 RT preview, and sports a 1.5Ghz dual; core processor along with a 5 megapixel rear facing camera with flash, and a 1.9 megapixel front facing camera. 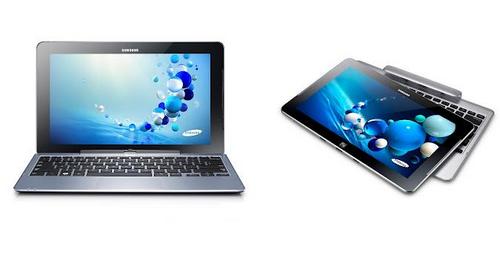 When it comes to the Windows 8 Samsung Ativ Smart PC and Smart PC Pro, they are both 11.6-inch full HD LCD devices that can switch between a notebook PC and tablet PC via their detachable keyboards, and both devices come with the S Pen stylus along with being preloaded with S Note.