The Huawei Ascend G600 hands on video comes our way courtesy of the guys over at Engadget, who of course where on had to get a short playtime with the Android Ice Cream Sandwich smartphone that offers a 4.5-inch qHD touch screen along with a 1.2GHz dual core processor. 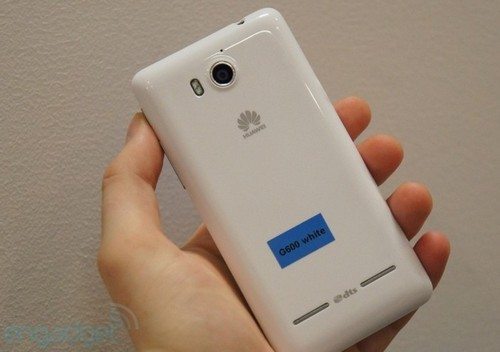 Apparently the Huawei Ascend G600 will become available in December in Germany in two colours, Mysterious Black, and Pure White, and is said to command a price tag of â‚¬300, which is roughly $375, no word on if or when the Android smartphone will hit other markets though.

Anyway that’s your lot with the Huawei Ascend G600, all you need do now is head on down to mash that play button to check out the hands on footage, and of course feel free to let us know if the Ascend G600 is an Android smartphone that floats your boat by dropping us a line to our comments area below…enjoy.

One thought on “Android ICS Ascend G600 announced by Huawei”