The Samsung Galaxy S3 (S III) has attained massive sales and proven extremely popular but many owners are patiently, or not, waiting for the Android 4.1 Jelly Bean update. This is on its way and shouldn’t be too much longer but now it seems that the lack of Jelly Bean so far means that prices for the Galaxy S3 are getting lower, especially in the wake of the big reveal of the Galaxy Note 2, which will be launched running the latest Jelly Bean operating system.

We’ve been keeping readers informed about when the Galaxy S3 would receive the 4.1 Jelly Bean upgrade and most recently told how the software update is scheduled for some point this month along with the Galaxy Note 10.1 and hopefully also the Galaxy S2. However even bearing that in mind there are reports of price drops in some regions for the unlocked Galaxy S3, which seems pretty odd, especially when considering the unexpected boost in U.S. sales of the Galaxy S3 after the recent Apple victory against Samsung in patent litigation and also the fact that Jelly Bean is just around the corner.

Even so, Pop Herald reports that the international Galaxy S3 HSPA+ model is being lowered in price and claims this is because of the new Galaxy Note 2 that will be launched with Jelly Bean in tow, therefore deterring customers from purchasing the Galaxy S3. It seems that some retailers have dropped the price of the Galaxy S3 to $700 from $800 and that other outlets are selling the 16GB Galaxy S3 for as low as between $650 to $680. The idea that this is because of the reveal of the Galaxy Note 2 in Berlin last week is backed up by the fact that these lower prices only started to appear after the Note 2 was officially announced. 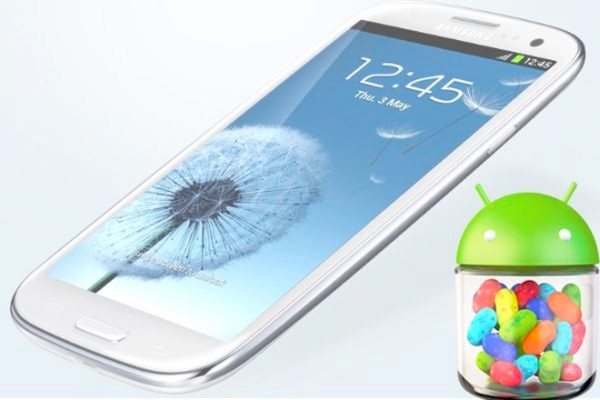 We’re also informed that even when the Galaxy S3 does receive its Jelly Bean update, one retail store source told how this would not affect the latest unlocked price. It will certainly be interesting to see if these price drops become more widespread and if they go lower still, but remember, if you already have a Galaxy S3 then your taste of Android Jelly Bean should be with your shortly.

Are you waiting for the Jelly Bean update to arrive for your Galaxy S3? Are you surprised that the international Galaxy S3 is dropping in price in the wake of the Galaxy Note 2 with Jelly Bean that will be released soon? Send your comments to let us know.