When Nokia’s fortunes begun taking a turn for the worse many felt the company were more than capable of making some great handsets, but the software running on these devices left a lot to be desired. This led the company to ditching its Symbian software in favour of Microsoft’s Windows Phone platform, and now the successor to the Nokia N9 has leaked out via the Lauta prototype that seems a wasted talent.

The guys over My Nokia Blog have a number of images that have leaked of the successor to the Nokia N9, which has the codename of Lauta. It was supposed to be the immediate successor to the N9, and to be launched during the fourth quarter of 2011.

It is a shame the handset never saw the light of day as it seems a lot of talent has gone to waste. The specifications for the device were said to be identical to the Nokia N9 including the internal components, but the only difference was the full size HW keyboard.

You would have thought that this should have been the device that replaced the N900, as it has the beauty of the N9 but with what a lot of people wanted a physical keyboard. It can be seen from the images that the device was fully functional, and there was even a Black & Magenta combo on the in house prototype.

It is thought though that retail units would have the screen and body the same colour, and the FFC appears to have been placed on the top right of the device. Also Nokia had positioned the camera just off the centre with the dual flash inside the silver plate on the back.

Do you think Nokia should have released this handset? 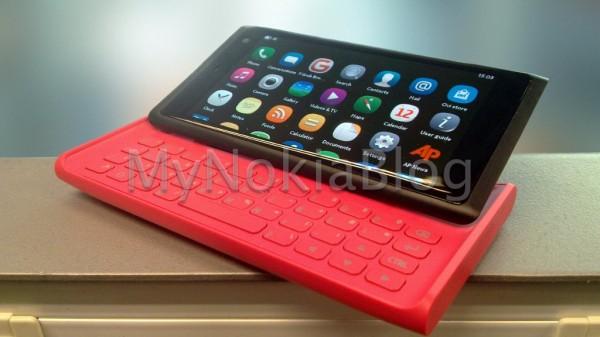 3 thoughts on “Nokia N9 successor aka Lauta is wasted talent”