Motorola Droid Razr Maxx HD could be a hit

The Motorola Droid RAZR MAXX HD looks fairly similar to the original smartphone, but is a tad thicker because of the battery, and just like the Motorola Droid RAZR HD the MAXX HD sports a bigger 4.7-inch AMOLED HD display yet has a smaller body than the HTC One X and Samsung Galaxy S3 reports Cnet. 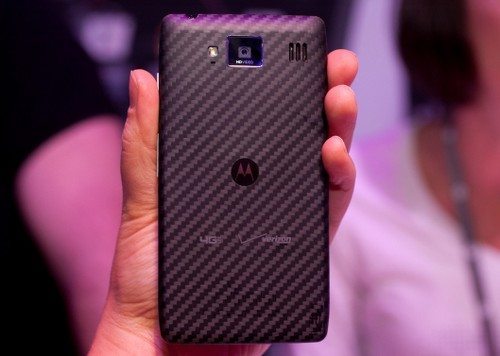 The new Android smartphones will be updated to Android Jelly Bean by the end of the year, however Motorola hasn’t made any mention as to just when either of the HD handsets will become available other than sometime this year, and of course there’s no word on any pricing.

For those Android faithful that might be interested in snapping up the Motorola Droid RAZR HD or Motorola Droid RAZR MAXX HD when they become available, we have a little first look video with each device for your viewing consideration below, so hit those play buttons to check them out.

Are any of our readers impressed with the new HD versions of these two popular Motorola smartphones?