According to an article over on The Verge, by way of Casio, the new Casio G-Shock watched sync your iOS smartphone via Bluetooth 4.0 and notify the user of new emails, incoming calls and alarms, whilst there is apparently a Find My iPhone style audio alert along with a warning function that lets you know when you have stepped away from your iPhone 4S.

The new Casio G-Shock Bluetooth watches also delivers automatic time correction by syncing the time data received from the iPhone 4S, and those that purchase one of the G-Shock watches will need to download the G-Shock+ app for the iOS platform from iTunes, which is being released alongside the new watches. 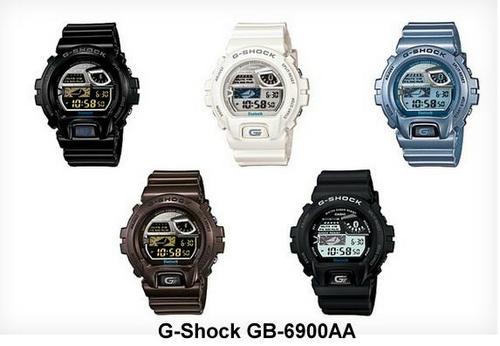 Also the GB-6900AA will become available in Japan in October and the GB-5600AA in November, but no word on when they will be made available elsewhere.

So there you have it, the iPhone 4S, should have compatible G-Shock Bluetooth watches to play with in the not too distant future, and presumably will also play along with the iPhone 5.

Would any of our iPhone 4S toting reader like to own one of these Bluetooth watches when they become available?