The difference between budget and premium smartphones narrowing

In the past there have always been, clearly, premium and budget mobile phones. With the success of the smartphone, the same divisions exist, allowing those with less money to still be able to afford a budget model. These were often smaller and less powered versions, usually considered the “last generation” of phones.

More recently, though, Smartphone reviews have seen people introducing further divisions as the models have become less clear cut — a “mid-range” phone, for instance. Let’s take as an example the recently launched Samsung Galaxy Ace 2. Compared with the premium Galaxy S2, this budget-friendly phone has most of the same features with just a few limitations. It is available for a fraction of the price, with one contract costing just Â£15 a month, and so the Ace 2 is very much in the budget bracket.

Some that have used the smartphones, said if they was buying now they could never justify the premium price of the Galaxy S2 — the difference between them, other than the price, is just not enough. They all have Wi-Fi and 3G, have the same resolution screens, run the same applications, and are pretty much just the same in use. For instance, the Galaxy Ace 2 can view documents and print them to wireless printers as easily as any phone at twice the price.

Another example is the Orange San Diego — an Intel powered Android Smartphone with all the features of a premium phone but, again, at a budget price. One review referred to it as a “mid-range” Smartphone, but at Â£15.50 a month on contract this would have been called budget in the past. It begs the question as to how cheap a Smartphone now has to be to be regarded as budget? 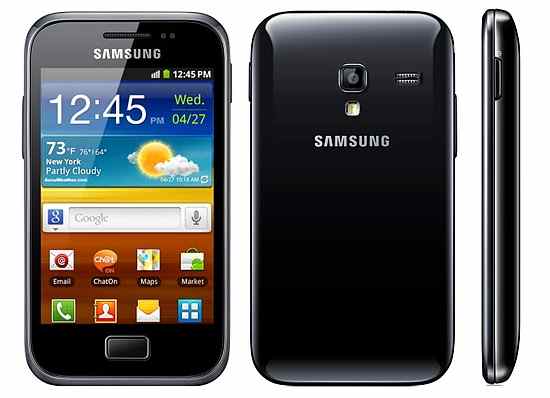 The same blurring of quality is beginning to occur with tablets as well. The Nexus 7 is providing premium features for a budget price, just lacking a few features to keep the price down but nothing to turn the average consumer off (no card slot, no rear camera, for instance).

However, all of this seems limited to the phone and tablet market. Laptops, more than ever, are very much divided into broad cost areas with matching specifications — there is a huge difference between a budget and premium laptop and you genuinely “get what you pay for”. Even though the netbook appears to be less popular than it was only a few years ago, the premium laptop market has really taken off, thanks to Ultrabooks.

So, is this blurring of the smartphone and laptop market a result of a consumer backlash against high prices or simple the manufacturers trying to aggressively target all areas of the market? Many may think that the manufacturers are causing potential problems, if consumers see there is no need for the premium versions. However, this is unlikely, as many people just want the latest and most powerful technology. But for those who don’t, there are now some amazing bargains to be found.

What are your views on the above?