And today the guys over at Think Digit got hold of the Samsung Galaxy Note 800 and gave the tablet a review, and say that the device brings some impressive specs and nifty features to the tablet, along with that S Pen functionality, but can the Android slate compete with the likes of the Asus Transformer Prime and Apple iPad?

So let’s take a look at the spec differences between the new iPad, the Asus Transformer Prime, and the Samsung Galaxy Note 10.1… 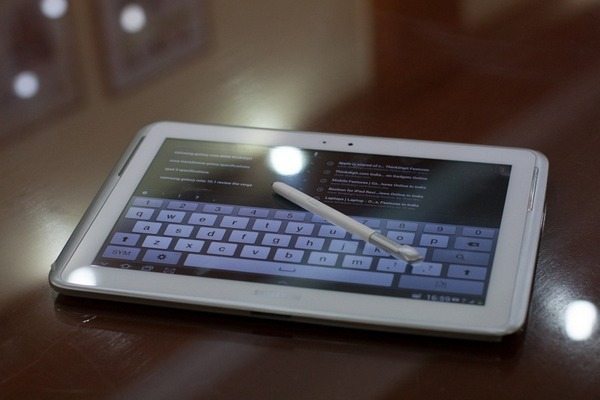 The guys have come up with a couple of pros and cons for the Samsung Galaxy Note 800, the pros being the device delivers excellent performance, has a great display, and solid battery life, whilst the cons are, the multiscreen functionality can be somewhat laggy, and the tablet has a plasticky build.

In conclusion they feel the Galaxy Note 800is the best Android slate they have seen to date and surpasses the Asus Transformer Prime in raw performance.

One thought on “Samsung Galaxy Note 800 Pros and Cons”