Nokia Windows Phone 8 success with Android in the loop

It’s tough times for Nokia. Over the past two years, they’ve seen an 80 percent fall in their stock price —from $11.73 in early 2011 to a measly $1.69 as it stands today — and they’ve had to spin off or cancel entire product lines to keep afloat (like the ill-fated Symbian operating system). Once the lynchpin of the mobile telecommunications world, Nokia now needs to put its eggs in the right basket, or risk being condemned to the past (specifically, the nineties).

It’s a tough call for Stephen Elop, Nokia CEO. Does he go with Android, the fastest-growing operating system on the planet, on license from Google? That route involves competing with the million other Android-based handsets out there, and Google are anything but predictable with picking and keeping features. Or do the Finnish company — which employs over 100,000 people worldwide – plumb for Windows 8, Microsoft’s big gamble to get it back in to the market it held at the turn of the millennium? Microsoft and Nokia surely share that same interests: the awareness that this could really be one of their last chances at turning their fortunes around (both have seen plummeting operating revenues in the past decade), and the understanding that to do so requires something rather radical.

The answer, surely, is both. But Nokia is sticking hard to Microsoft. It’s a little reminiscent of two first-time hang-gliders tied together with rope, but there are tactical advantages to what Nokia is doing.

First of all, Windows 8 does look good, seriously good, and it has a few aces in the hole: big business has still not changed away from Office, and that’s a major drawback to both Android and other big-timer iOS. There have been rumours that Microsoft is looking at releasing Office for iOS in the near future, but that would seem barmy – surrendering one of their main advantages. 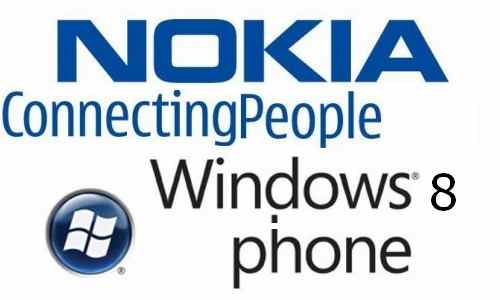 Secondly, there’s the Microsoft app store. Nokia have had its own in the past (the OVI store for Symbian) and Microsoft has dabbled, too, with its poorly received Windows Phone Store. But things are different now. Both companies have realised that ecosystems are the way forward, and working together on the hardware (such as Nokia’s Lumia line) and the OS (Windows 8), wrapping them together and delivering them with a place to get all your software (the Microsoft app store) is a neat tactic. What’s more, Nokia are designing and making ARM-based devices in the near future, and that ties the system even closer together (Microsoft make a special version of Windows 8 just for ARM devices, bundled with Office).

So it’s understandable that Stephen Elop is defiant in the face of calls to involve Android in the loop. He’s happy to rest the fate of the Finnish company on a bigger, more experienced American brother. For the rest of the world, though, that gamble may be just too much to bear. If you’re in the market for a tablet right now, and are wondering about which camp to plumb for, it’s hard not to recommend going for an Android tablet – it certainly looks like the safer option. Android tablets, along with iOS, seem to have their future made a little more certainly. In a rapidly changing tech world, that’s an important consideration for anybody.