iPhone 5 the Most Problematic Launch Yet

Unsurprisingly the iPhone 5 looks set to become the most popular iPhone of all time. Although it has fallen short of industry analyst Piper Jaffray’s “worst case scenario” with “just” 5 million sales during its launch weekend, it has still been met with the same kind of fanatical enthusiasm and Apple server crashes that people have come to expect with each iPhone launch.

The new iPhone has rightly received a lot of praise from reviewers. In tests conducted by DisplayMate the screen has compared favourably to the Galaxy S3’s Super AMOLED display, and despite “only” coming with a dual core processor and 1GB RAM it has outperformed the iPhone 4S and Galaxy S3 in most benchmark tests.

But while Apple has a lot to boast about with the new iPhone and its sales performance, there is also quite a lot to be embarrassed about. Earlier iPhones have not been immune to teething problems: there was of course the problem of yellow tinted displays and “antennagate” with earlier iPhone launches, but these always seemed to be one-off technically glitches which were quickly rectified. The iPhone 5 on the other hand appears to have a whole host of problems.

Maps
The new Maps app has been roundly criticised by online reviewers and customers alike for being bug ridden and a poor imitation of the Google Maps it replaced. Problems include towns and cities named incorrectly or not named at all; train stations and bus stops not being displayed; and many local businesses appearing at incorrect locations.

Even Apple founder Steve Wozniak has stated he thinks the app is “disappointing”, although he also suggested that the problems are not as severe as some people are claiming. Apple has begun hiring new software engineers, many of whom previously worked on the development of Google Maps, to try and fix many of the issues being raised. 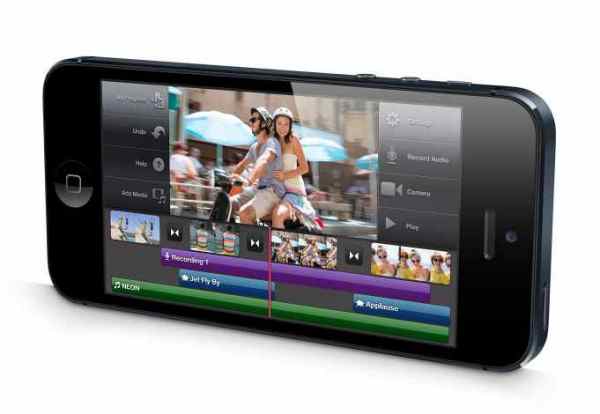 Even so, a lot of people can’t help but feel that Apple has rushed this app without giving it much thought or attention, and that the company has prioritised its grudge against Google ahead of customer satisfaction. Google may be working on a new Google Maps app for iOS, but it is likely to be months before this is released.

Scuffgate
But even though the new Maps app has been garnering the most attention in the media it is far from the only problem affecting the new iPhone.

Many people who have already received their handsets have complained of cosmetic damage — including scuffs and dents. The anodized aluminium used to build the iPhone 5 is much softer than the stainless steel used with the iPhone 4 and 4S, and is apparently quite easy to damage.

Prior to the official launch earlier this month, a Foxconn employee had warned that the first batches of iPhone 5s were of poor build quality. The same source also stated that the next batch, due to be shipped early next month, does not suffer from the same problems, offering some hope for people who are still waiting for their iPhone to be delivered.

In response to an email complaint made by one unhappy iPhone 5 customer, Apple’s Vice President of Marketing Phil Schiller dismissed the problem, stating that such scuffs and scratches are “normal” for aluminium products.

In-Cell LCD Problems
Problems are also being experienced with the new in-cell LCD panels. While the in-cell panels allow the iPhone 5 to be much slimmer they are also a relatively new and untested technology. TechCrunch has reported an odd “bubble effect” on some iPhone screens while others are prone to severe flickering.

But it doesn’t stop there. Users are reporting that some white iPhone 5s are subject to “light leakage”. According to Boy Genius Report, when in a darkened environment light can be seen emitting from a small crack beneath the power button.

Wi-Fi Problems
Then there are the connectivity issues. Some users are reporting difficulty connecting to Wi-Fi networks or an inability to connect at all. As this has affected earlier iPhones updating to iOS 6 it would appear to be a software issue rather than a particular problem with the new iPhone. This means the prospect of a software fix on the horizon is quite promising, although Apple has stated that they are currently unaware of what is causing the issues.

Too Many Problems?
For a device as complex and intricate as the iPhone it is to be expected that sometimes things can go wrong, particularly when new technologies such as in-cell panels are being used. But the amount of problems being reported for the new iPhone is unprecedented, and they range from poorly designed software to a poor choice of build materials.

Although most of these problems only affect a small number of devices and many iPhones seem to be working just fine, the amount of problems arising are making a mockery of Apple’s “it just works” philosophy.

Just wish to say a big thanks to Simon who writes for the UK comparison website Best Mobile Contracts for this article.

6 thoughts on “iPhone 5 the Most Problematic Launch Yet”