We always try to keep readers up-to-date with all the latest products coming to the market and although Pantech isn’t a name that everybody is familiar with in the West, the company is a big deal in South Korea. Some its phones are definitely fit to rival the top players that we’ve all heard of such as Apple and Samsung and Pantech has now just revealed another high-end smartphone. From the specs and features detailed this looks to be a beauty so let us introduce you to the Pantech Vega R3.

The Vega R3 is the type of phone that’s been dubbed a phablet, with its larger screen making it a hybrid of phone and tablet. Larger displays are becoming more and more popular and the specs of the Vega R3 coming up could make you drool. It has a 1.5GHz Snapdragon S4 Pro quad-core processor, Adreno 320 GPU, 5.3-inch Natural IPS Pro LCD display with resolution of 1280 x 720, 2GB of RAM and a 13-megapixel rear camera for starters. Add to that LTE connectivity, NFC, Bluetooth v4.0, WiFi a/b/g/n, GPS, microSD card slot, microUSB 2.0 and a large 2600mAh battery and you get a magnificent sounding device that many will want to get their hands on.

About the only drawback that we can see so far is the fact that the Vega R3 will release running on Android 4.0 ICS. If Pantech had come up with the Jelly Bean factor too then this phone would be pretty close to the top of the tree. The lack of Jelly Bean though, doesn’t stop Pantech claiming that the Vega R3 is the “best existing quad-core smartphone,” according to Android Authority. 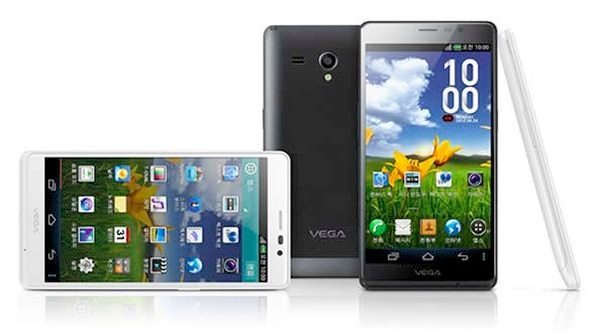 The bad news for some readers is that although the Vega R3 has just been released in South Korea there’s no news yet on whether it will come to other regions such as the U.S. or U.K, although Android Authority points out that doesn’t rule out a global release at some point. However Engadget notes that they don’t expect the Vega R3 will hit the US as most Pantech phones released there tend to be of the smaller, budget variety. If the Vega R3 does become available in other regions though, we imagine that it would be a real contender to the Samsung Galaxy Note 2, shortly to be released. There are also a lot of similarities between the Vega R3 and the LG Optimus G that will be released stateside next month.

The Pantech Vega R3 is not quite as slimline as the Optimus G or the Galaxy Note 2 though, as it’s 9.95mm thick. It weighs in at 169g and is available in white or black color options. We think the handset looks stylish and sleek, befitting the top-notch specs of the phone and that the Vega R3 looks likely to see some big sales. We’d really like to hear from readers with thoughts about the Vega R3.

Would you like to see this notable handset released in your region? If you prefer the look of the Vega R3 to other phablet-type phones such as the Galaxy Note 2, what for you gives the R3 the edge? Let us know with your comments.