A subject that is particularly interesting at the moment for many in the mobile industry is the upcoming BlackBerry 10 operating system and the devices that will run it. We’ve been bringing plenty of news about the BlackBerry 10 OS, due in Q1 next year, and now we have some details about some leaked tutorial videos for BlackBerry 10 for the L-series smartphone.

BlackBerry 10 is very much being looked upon as RIM’s savior and the company must be very well aware of the pressure of getting it right first time. In recent posts we’ve looked at RIM’s revenue and loss, the BB10 Beta 3 UI and also seen the Dev Alpha B phone running BlackBerry 10. If you’re gearing up for the launch of BB10 and its devices though then these four device tutorial displays may be of special interest to you and we’ve embedded them below for your convenience.

We would usually expect these kinds of device tutorial videos to be pre-loaded onto the device in question and these new videos are specifically aimed at the L-Series touchscreen phone. The videos were leaked by BlackBerry Italia as reported by CrackBerry and supply a more rounded look at BB10 than we’ve seen previously, giving an indication of the gesture experience on touchscreens and the user interface. 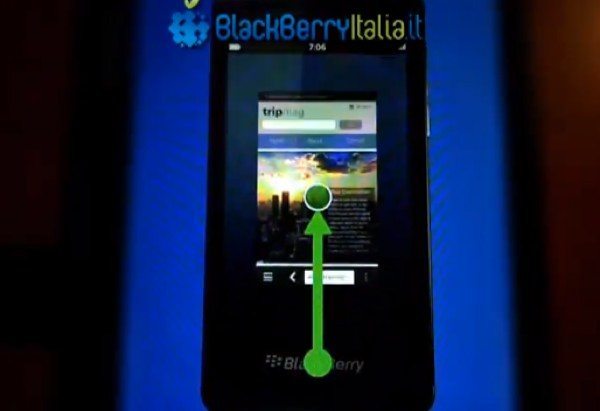 However as Engadget points out, the rendered phone used appears to a placeholder device rather than the actual L-Series or Dev Alpha B phone so BlackBerry isn’t giving away any taste of the hardware. There seem to has been more news over this last week or so about BB10 and this, combined with more leaks such as the videos, all seem to us to be promising signs that BB10 really is on its way at last.

Take a look at the videos below and give us your initial thoughts on the L-Series BlackBerry 10 tutorial videos. Are you eager to see what BB10 will finally bring to the table? Maybe you think that BlackBerry is a sinking platform and no matter how good BB10 is, it will be difficult to save? Let us know with your comments.

One thought on “BlackBerry 10 tutorial videos leak for L-Series”